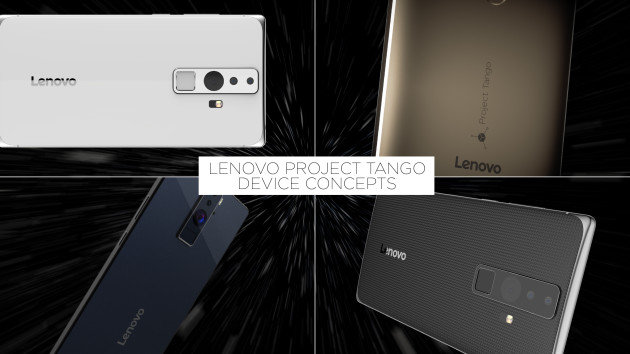 Google and Lenovo are teaming up to bring powerful augmented reality to your next smartphone, using the search giant’s Project Tango framework to track motion precisely in 3D space, the companies announced at CES this week.

Google’s Project Tango, which was introduced in 2014, uses sensors that go beyond the standard gyroscope and accelerometer to track a device’s location in the environment. And thanks to a pair of cameras creating a 3D map, the device’s display can augment what is in front of the user with on-screen overlays. This phone will be the first chance consumers get to try out Project Tango.

Lenovo’s device will be powered by a Qualcomm Snapdragon processor and will come in under $500 sometime this summer. The company is also looking for apps to include with the new device. Developers can submit app proposals to win funding and be included on the upcoming smartphone at launch.

“With Project Tango, the smartphone becomes a magic window into the physical world by enabling it to perceive space and motion that goes beyond the boundaries of a touch screen,” Project Tango lead Johnny Lee said. “By working with Lenovo, we’ll be able to make Project Tango more accessible to users and developers all over the world to both enjoy and create new experiences that blends the virtual and real world.”

While much of the CES hype has been around virtual reality, from the Oculus Rift to the HTC Vive, augmented reality is fast approaching, as well. Microsoft may be the largest player in the game right now, with the Hololens already sent to space for testing by astronauts. Magic Leap is also working on some very advanced-looking AR, but we haven’t seen any actual hardware yet.

This solution from Google and Lenovo may be more palatable to consumers who don’t want to explore the world through a headset, but may want to use their phone to navigate the mall more easily.