KrowdFit has reeled in an additional $2.45 million in financing to help grow its wellness rewards platform that gives money to people who engage in healthy lifestyles.

The round, which came from angel investors and pushes total funding to $3 million, was led by SurveyMonkey founder Ryan Finley.

KrowdFit CEO Jim Miller started the company in 2010 after spending several years running a Visa rewards program in the early 2000s. He knew there was a growing chronic disease issue in the U.S. while healthcare costs were rising, and saw an opportunity to build a program that rewarded users with cash for being more healthy. 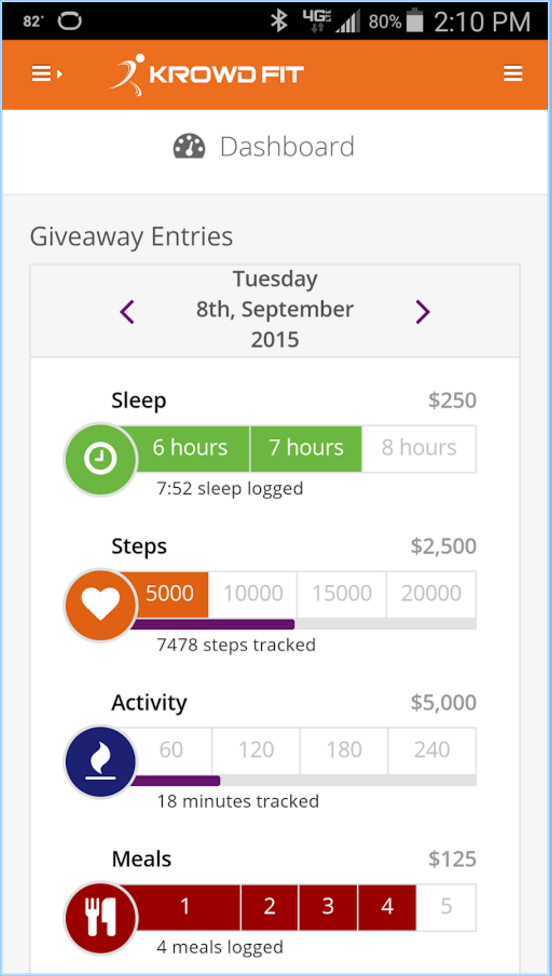 The company’s platform engages users by having them log their exercise, step, eating, and sleep activity throughout the day with a wearable tracker from Fitbit or Jawbone. Each time an activity is recorded, users earn entries to a variety of cash giveaways that are crowdfunded via monthly membership fees ($12.99), in addition to $10,000 added by KrowdFit for every 5,000 new members.

“The bigger the Krowd, the bigger the rewards pool and the more people get paid each week for consistently living a healthy, active lifestyle,” Miller told GeekWire.

The weekly, monthly, and quarterly cash prizes range from $125 to $5,000 and are rewarded at random. Users can increase their chances of winning by logging more data, but Miller noted that “the person who is the fittest or loses the most weight does not win every time.”

“We don’t reward that because it can drive short-term bad behaviors related to weight-loss that don’t lead to long-term, sustained habits for a healthy lifestyle,” he said.

KrowdFit makes most of its revenue from corporate clients that pay $720 per year to have access to the platform. However, the company also recently opened up its program to individuals.

“We had a number of people letting us know that they left their previous company but still wanted to participate as an individual,” Miller noted.

There are many wellness programs on the market today, including those from Seattle-based companies like Limeade and EveryMove. But Miller said most are “more or less skinning the cat the same way” and noted how KrowdFit separates itself by rewarding big cash prizes that are mostly funded by members themselves. 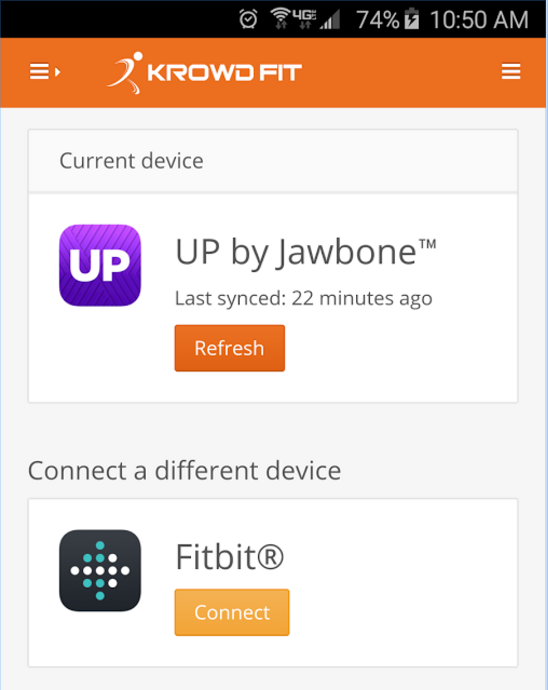 “To our knowledge, we are the only ones doing it this way,” he said. “This type of incentive can really engage people and get them excited. We have people paying for brain cancer treatment, or paying down medical bills, or taking their grandkids to Disneyland with the money they are winning.”

KrowdFit also provides a Fitbit or Jawbone wearable device to customers that pay an additional $4 to $7 per month — after 12 months, they own the device and drop back down to the normal $12.99 per month fee.

Miller noted that during a time when most people ditch their wearable fitness devices within just months after purchasing, KrowdFit’s model helps them stay engaged.

“If people join but then quickly drop out, they can’t modify their bad behaviors related to exercise,” he said. “The engagement piece is ultimately so critical to making those changes and we are really excited about that.”

Miller said that he expects the company, which moved from Seattle to Bend in 2012 and employs fewer than 10 people, to break-even on its balance sheet this year. He added that by the end of 2017, KrowdFit could be paying out $500,000 per month in cash to members.