Tech news site Re/Code says it has learned the names of some of the firms that Google is considering acquiring to help bolster the company’s enterprise offering.

Re/Code reported Friday that the list includes Metavine, an automated-app services startup; Shopify, an e-commerce company; Namely, which handles payroll and health benefits services two enterprise software companies Xactly and CallidusCloud. Re/Code cautions that its sources say that no deals have been struck and discussions are very preliminary.

Nonetheless, the news comes as Google’s enterprise efforts are fresh off making big news. On Thursday, the news outlet CRN reported that Apple has entrusted Google Cloud Platform with running parts of iCloud. Apple’s iCloud has been one of Amazon Web Services (AWS) most important accounts and while AWS continues to power some of iCloud, the shift by Apple was seen as a major coup for Google.

More and more companies are moving their databases to the cloud and Google wants a slice of the market. The company also offers workplace applications and seeks a bigger share of that business. 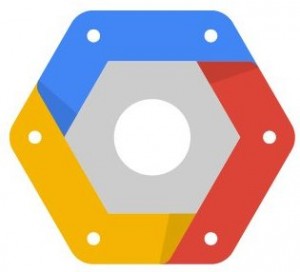 But the reality is that when it comes to leasing computer resources, AWS is still a much larger player than Google.  In the fourth quarter, the unit generated $2.4 billion in sales, a 69 percent increase from the same period a year ago. Still, Google is starting to win over a growing number of important enterprise customers. Clients include Best Buy, Coca Cola, Macy’s, and Spotify.

Maybe the company that really should be worried is Oracle.

According to Re/Code, Google’s list of possible “acquisition targets” would help it obtain more customers in the mid-market range.