“Surge pricing,” a controversial technique used by Uber and Lyft that increases the price of a ride when demand is high, certainly went into effect on Thursday evening as some customers paid hundreds of dollars for a ride.

Uber surge on the strip rn is 8.8x LOL

Other complaints included customers who say they accepted a surge rate — Uber forces users to confirm an increased rate if surge pricing is in effect — but then saw something much different on the receipt.

While many complained about surge pricing, others weren’t as sympathetic.

It's hilarious that folks are really mad about @uber surge pricing when you were warned but STILL hit the accept and you're mad?? #dummies

Some, including those who hailed traditional taxicabs, seemed to avoid surge pricing.

Time it right and you can @uber_SEA #NYE without a surge. We did! Twice. #Uber?? 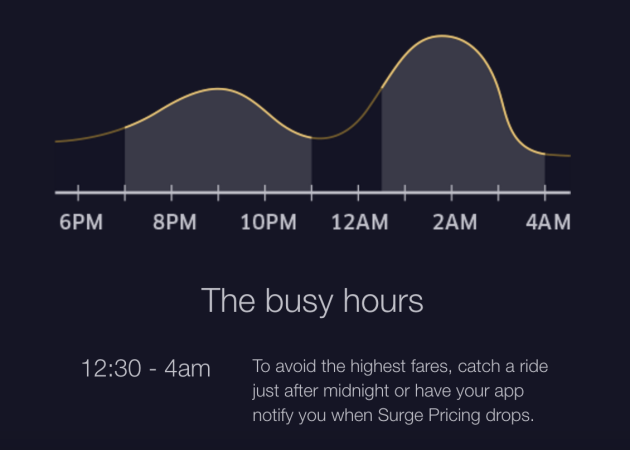 Lyft, meanwhile, capped its “Prime Time” prices to 200 percent. Lyft adds the Prime Time fee on top of the base fare, which confused at least one customer.

@AskLyft understandable. However, I understood the 200% surcharge would result in price total (~60), not an add-on fee.

Uber has consistently defended the surge pricing practice with a basic economics argument, noting that it simply helps supply meet high demand. Benchmark Capital partner and Uber investor Bill Gurley offered this detailed analysis in 2014 for why Uber’s model differs from that used by airlines and hotels.

Last but not least, this is a candidate for today’s meme of the day.