Personal assistants of the world beware: Cortana just learned another one of your tricks.

Microsoft’s AI assistant for Windows 10 will soon be able to scan emails to provide users with reminders about things they said they would do, but may have forgotten about. Cortana will also learn schedules and compare what users have on their calendar to their daily habits, pointing out conflicts they may otherwise miss. 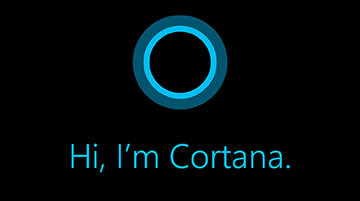 For example, if you tell your boss you’ll send a project overview this afternoon in an email, Cortana will prompt you to set a reminder next time you open the interface.

And when a meeting request comes in, Cortana will analyze it and let you know if it needs your attention immediately. So if your coworker schedules a meeting for 7 a.m. tomorrow, and it’s past the time you usually check your work emails, Cortana will send an alert letting you know that a new meeting was created so you can adjust accordingly, maybe by setting an earlier alarm.

The new Cortana feature started in Microsoft Research, and its release is part of a broader trend inside the research group. A piece in Bloomberg Business today points out that Microsoft has pivoted its research arm under CEO Satya Nadella to be more focused on getting projects out of the labs and into the market.

In one anecdote from the piece, showing the problems with the old ways, Microsoft developed a digital mapping program and showed off the concept in 1998. But because it was a Microsoft Research project, it never reached the public. It wasn’t until Google Maps’ introduction in 2005 that Microsoft jumped to build a consumer product from the research.

The risk with the new approach is that researchers could become too focused on money-making projects instead of moonshot ideas that could pay off years down the road. But Microsoft’s new model is more akin to the approach taken by Facebook and Google.

With products like Skype Translator and the HoloLens, Microsoft is putting what were once sci-fi ideas into the hands of the public. Projects that one time would have languished in a research lab, known only to a few scientists outside the company, are now getting prime spots at Microsoft presentations, and are cited as signs that the company is still an innovator.

The latest innovations announced today for Cortana were born out of Microsoft’s research into artificial intelligence and machine learning. They are rolling out now to those in the Windows Insider Program, and will be coming to a standard Windows 10 release soon.