BMW appears to be expanding its DriveNow car-sharing service in Seattle, taking direct aim at Car2Go in one of its most successful markets.

GeekWire readers spotted the BMW cars in Seattle’s Belltown neighborhood this week, signaling that the test program is now under way.

Responding to GeekWire’s inquiry, DriveNow did not directly address questions about the size and status of the Seattle test.

“BMW remains dedicated to solving the many transportation challenges faced by major cities – and interested in mobility services such as car sharing,” a spokeswoman said via email. “We are currently exploring the potential to work with a number of U.S. cities who are welcoming car sharing in their communities and offering the parking permits necessary to operate one-way flexible car sharing.” 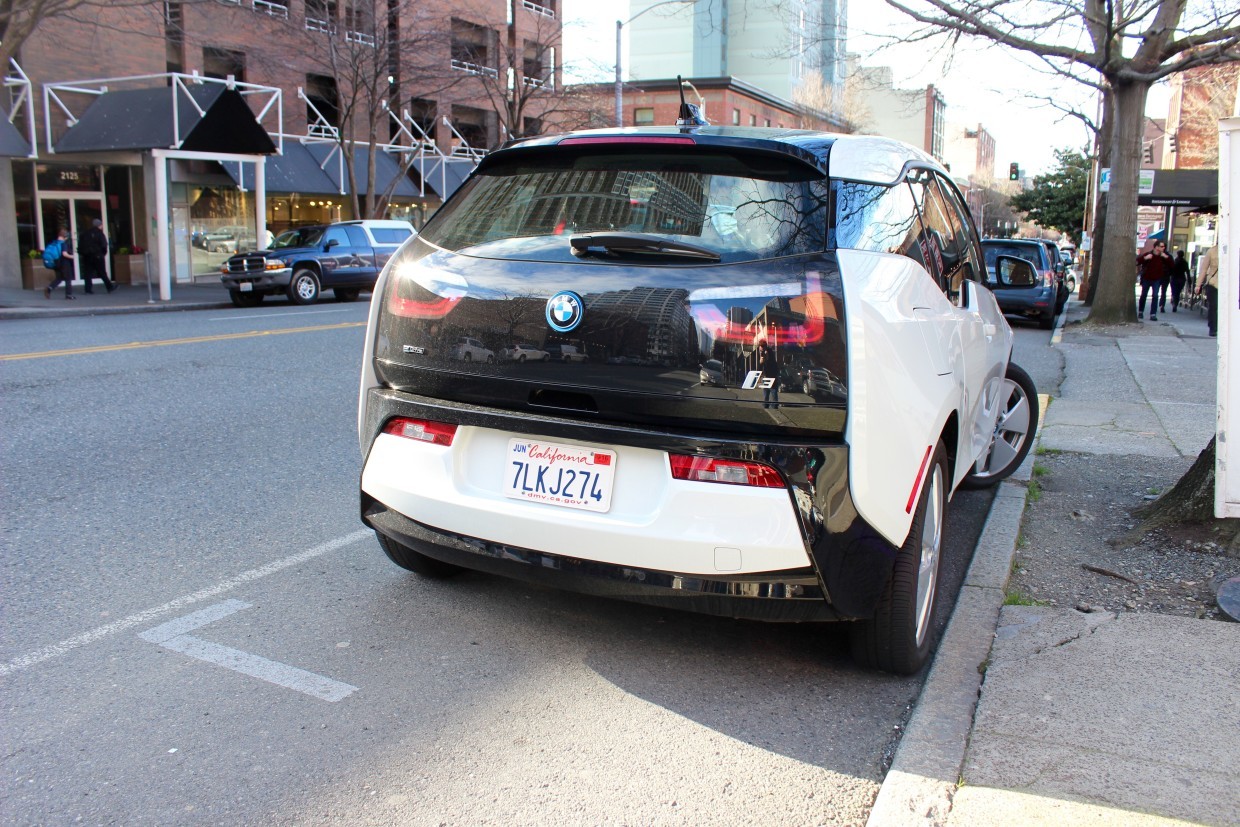 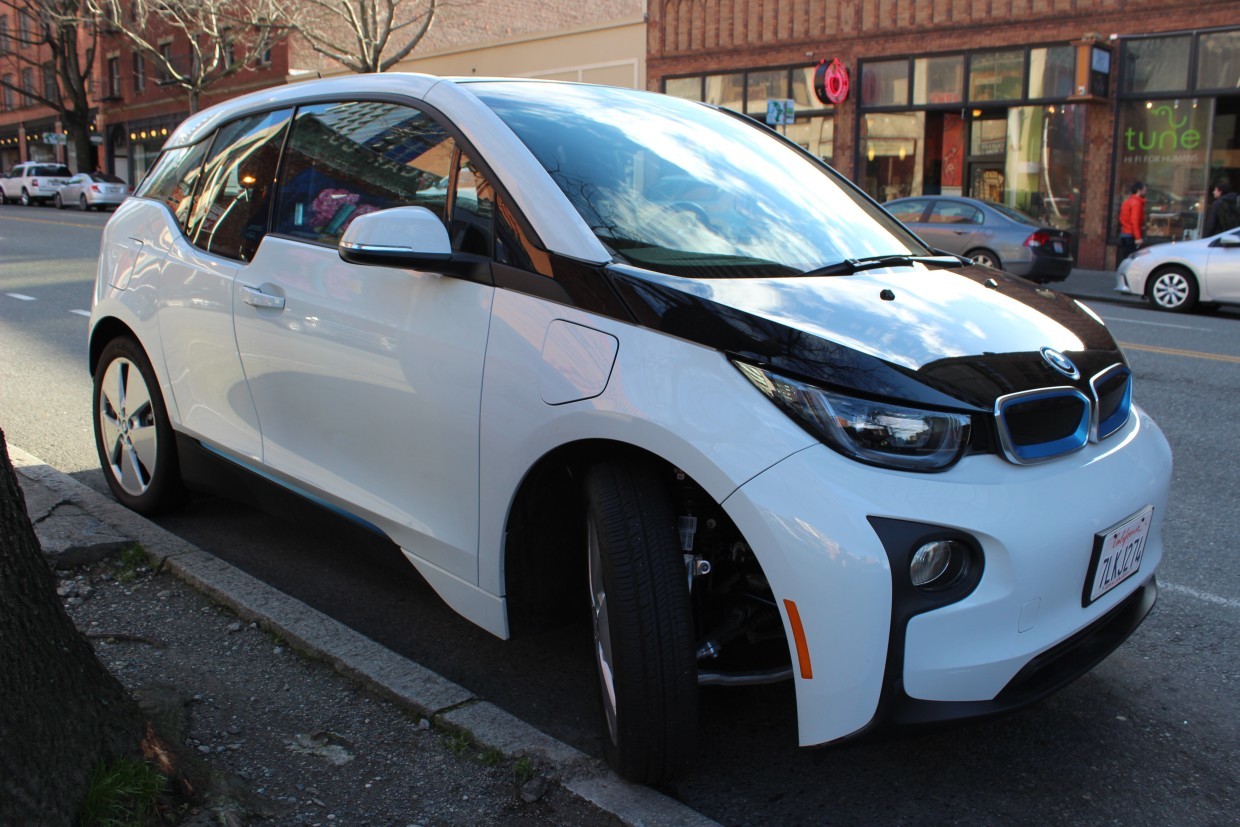 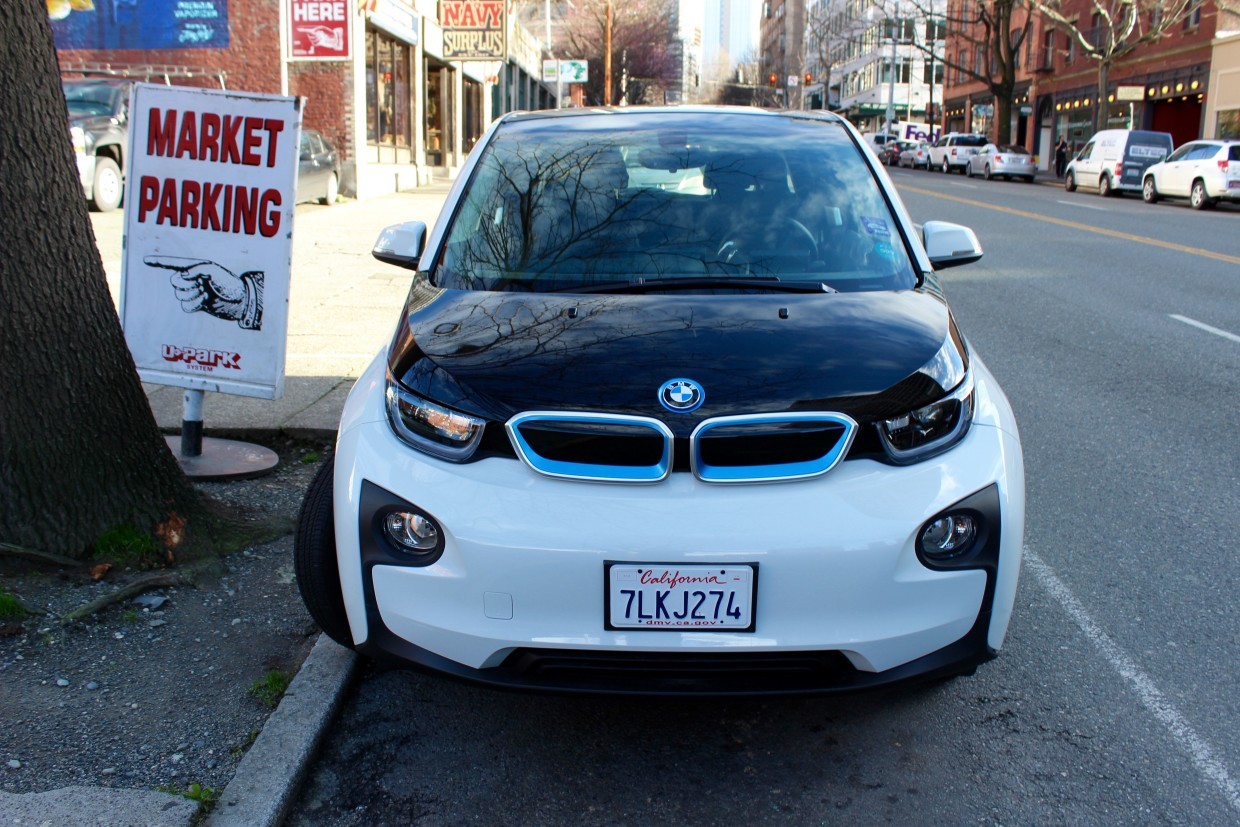 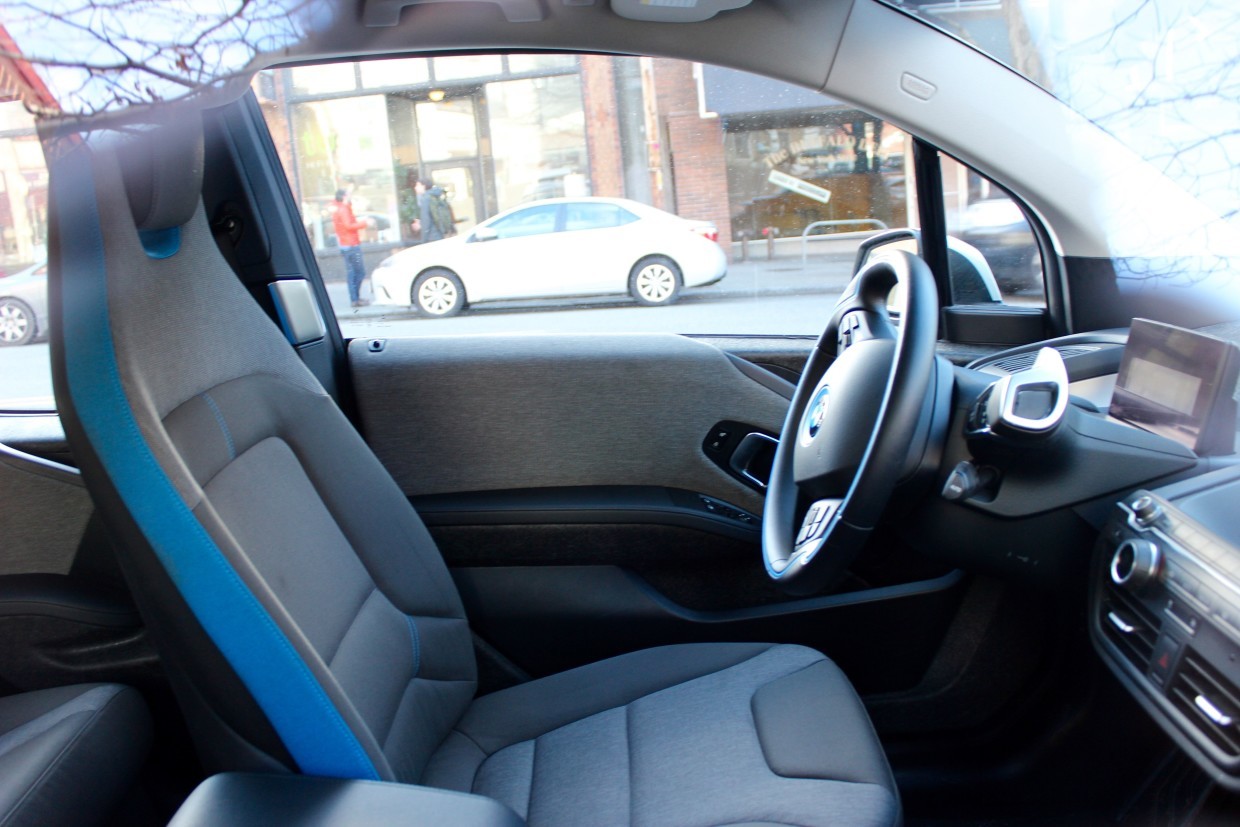 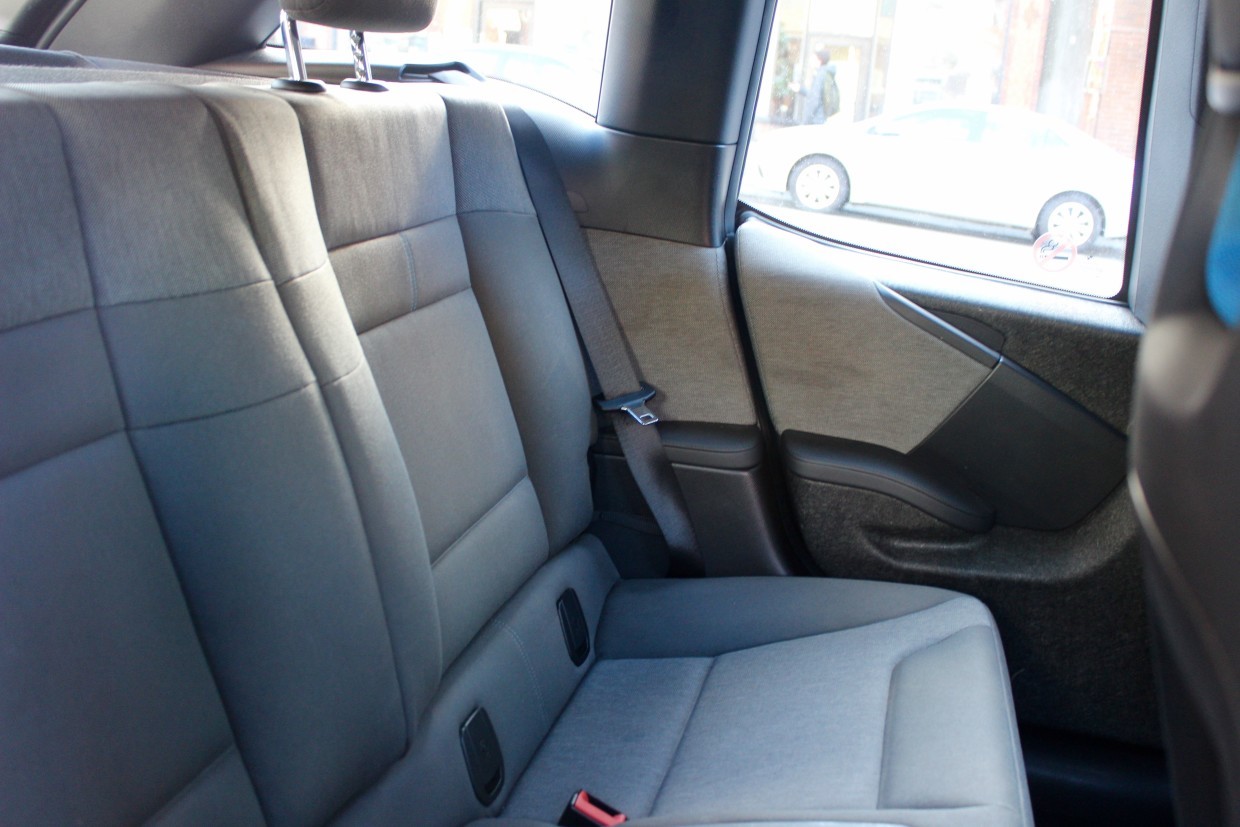 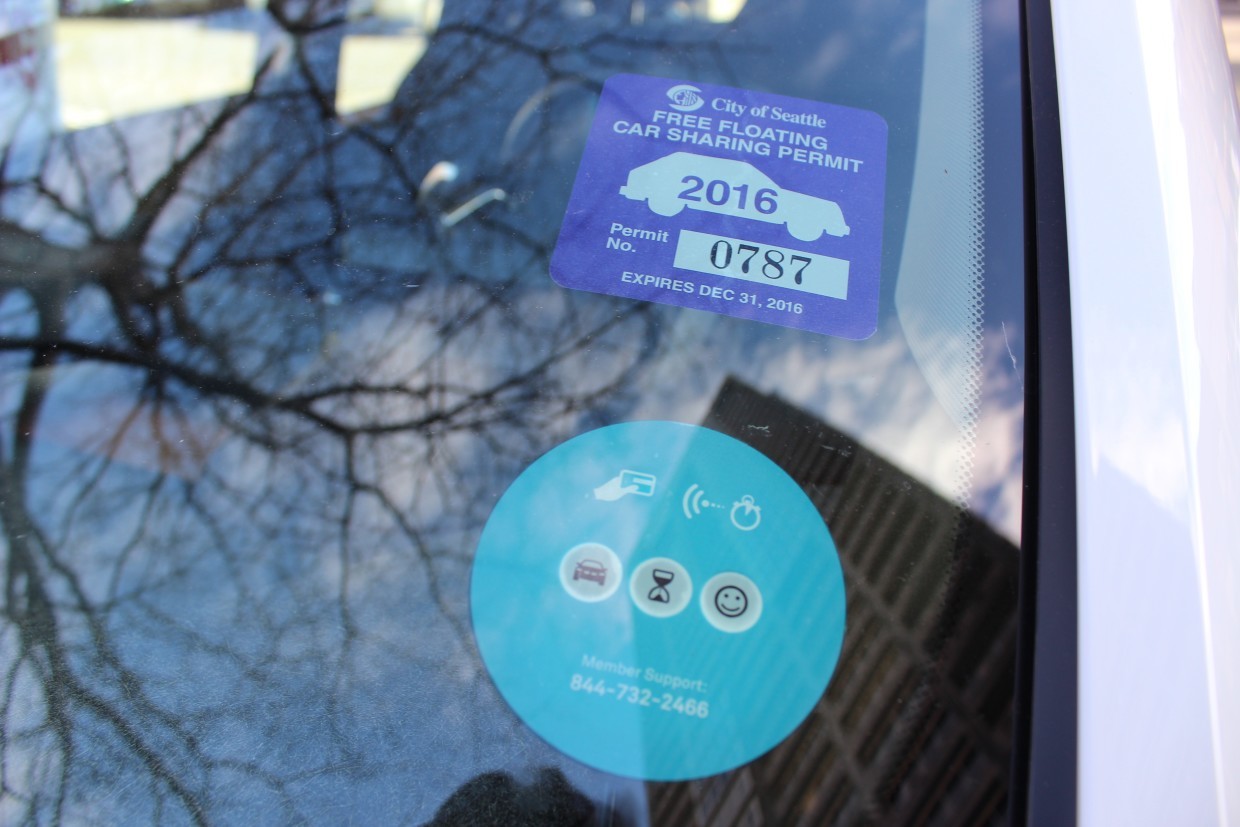 The vehicles have a sticker with a phone number for “Member Support.” We called the number, and the woman who answered our call said that there was a “test” going on, but said she wasn’t authorized to provide further details. She did not identify what company she was working for, and asked us for a “phrase.”

@DriveNowUSA Spotted in the wild on Saturday, does this mean DriveNow has arrived in Seattle? pic.twitter.com/LUyJAlZFox

The arrival in Seattle comes just three months after BMW suspended its DriveNow service in San Francisco, ending its electric vehicle car sharing pilot program due to parking permit regulations in the city that prevent car-sharing programs from parking vehicles on public streets.

DriveNow started in Munich in 2011, and expanded to San Francisco a year later before shutting down in November. The DriveNow fleet consists of BMW ActiveE and i3 electric vehicles.

“While we are disappointed to be leaving the Bay Area, we are excited about new prospective cities who are welcoming car sharing in their communities and offering the parking permits necessary to operate one way flexible car sharing,” DriveNow wrote in a statement on its website.

Now, it appears as if San Francisco’s loss is Seattle’s gain, creating yet another method by which residents can move around the city.

Car2Go, which is owned by Daimler AG, maker of Mercedes Benz, has made a big mark in Seattle since its launch here three years ago. The company lets people locate and rent available smart-cars with their smartphone or computer, drive to their destination, and park the vehicle in any approved city parking spot. Its white and blue mini vehicles are spotted on many city streets, and last year the company announced citywide expansion plans that included adding another 250 vehicles.

That expansion was enabled by legislation approved by the Seattle City Council in January 2015, which also cleared the way for up to three additional companies to launch car-sharing services in the city — thus why BMW is now in Seattle. Each car-sharing company can receive 500 permits to start, and up to 750 if they agree to provide service across the city.

That means there could, at one point, hypothetically be 3,000 free-floating cars available to people looking to get from point A to B in Seattle.

In 2014, Car2Go said that Seattle was its largest market with more than 59,000 registered members. We’ve reached out to Car2Go to get an updated membership count as well as reaction to the arrival of DriveNow.

UPDATE: Car2Go now boasts more than 75,000 members in Seattle, making it the largest U.S. market for the company. It has 741 vehicles in Seattle.

“Since we launched in Seattle in December 2012, our mission has been to provide an innovative mobility solution that makes it easier for Seattle residents and visitors alike to get from Point A to Point B,” said Car2Go Seattle General Manager Michael Hoitink in an email to GeekWire. “We believe that an effective transportation system in any city is one with a wide range of options. Additional transportation options that complement existing modes is a win for the City of Seattle.”

Car2go lets people to use an app to locate a tiny smart-car, drive for an unlimited amount of time at a rate of 41 cents per minute, $14.99 per hour or $84.99 per day (in Seattle), and then park in an approved city street parking spot anywhere in a designated “home area.”

We’ll update this post when we find more information about BMW’s pricing.

Editor’s note: This story was updated with data from the City of Seattle.