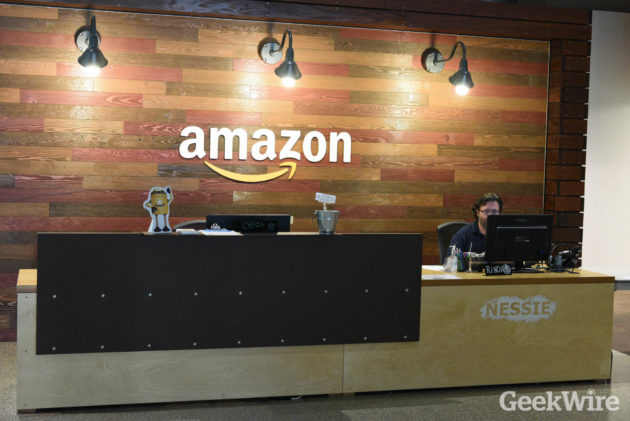 A new pilot program inside Amazon is creating technical teams consisting entirely of part-time employees — including managers — in the company’s latest attempt to compete for tech talent and build a reputation as a flexible place to work.

The part-time employees who join the program will still be eligible for the same benefits as Amazon’s full-time employees, the company says. Every member of these teams will work part-time — a structure Amazon says will help employees coordinate schedules and own projects from start to finish.

The teams of part-time workers will work “core hours” of 10 a.m. – 2 p.m, with “flex work hours throughout the week.”

Amazon is trying to overcome its reputation as an unforgiving workplace, while competing for talent against startups and other tech giants with increasingly generous benefits and flexible work arrangements. Company representatives will discuss the initiative at an event Aug. 25, called “Reinventing the Work-Life Ratio for Tech Talent,” in its hometown of Seattle.

“This initiative was created with Amazon’s diverse workforce in mind and the realization that the traditional full-time schedule may not be a ‘one size fits all’ model,” Amazon says on the event page. “Although this is new for technical job families at Amazon, the concept of part-time employment is not new — there are many people at Amazon who currently work a reduced 30 hour per week schedule. What is novel for Amazon is the creation of teams that are entirely comprised of part-time employees, including managers.”

The company continues, “We want to create a work environment that is tailored to a reduced schedule and still fosters success and career growth. This team structure will ensure similar schedules, and enable ownership that allows team members to innovate and think big on behalf of our customers.”

This is part of a broader effort by Amazon to put on a friendlier face both internally and externally. Last fall, Amazon expanded its parental leave benefits; in April, it partnered with a non-profit to address Seattle’s homelessness problem; and yesterday Amazon hosted its first ever Women’s Entrepreneur Conference.

The e-commerce giant received some high-profile negative press last year, which criticized the company’s workhorse culture. Amazon disputed that story and says its recent corporate citizenship efforts and employee benefit changes were not a response to that press.