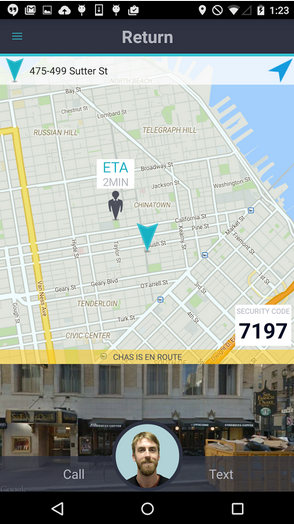 Parking can be a pain, but it seems as though Zirx has a solid solution — at least that’s what investors think.

Zirx hires vetted agents who respond to drivers that have requested a pick-up via the company’s smartphone app. Within seven minutes, that agent shows up and moves the car to a secure parking facility. When the customer needs his or her car back, they can tell Zirx where they are and the agent will bring the vehicle back. In between all that, users can pay for gas fill-ups, oil changes, car washes, and more.

Zirx charges an all-day parking fare of $15, which, considering the convenience, is a reasonable deal compared to existing options in the cities where Zirx operates (San Francisco, Seattle, Los Angeles, D.C.).

With the fresh cash, Zirx will expand to more cities later this year. The company is seeing massive growth, noting that revenue and users have grown 600X since launch in 2014. It employs 30 and has 3,000 valet drivers spread across the four cities.

Zirx went live in Seattle back in September and has since expanded its service to a handful of neighborhoods in and around downtown.

Zirx CEO Sean Behr told GeekWire that Seattle grew the fastest out of the four markets in its first 90 days, but Los Angeles has since caught up.

“Seattle continue to grow very, very fast — but it has competition for the fastest-growing,” he noted.

Zirx competes with Luxe, another valet startup that raised $20 million last month and is set to launch in Seattle this month. The app is very similar to Zirx, with a few differences: Luxe lets you park hourly ($5 per hour), versus Zirx, which charges an all-day $15 fee. Luxe also caps its flat fee at $15.