Men are almost three times as likely as women to look for tech industry internships, according to a new study from Looksharp, owners of InternMatch.

The findings highlight one of the growing issues in the tech industry, which has been widely criticized in recent months for its lack of diversity.

The diversity problem appears to be occurring even before candidates officially enter the workforce, with just 12.6 percent of women preferring a tech industry internship. That compares to 36.6 percent of male students who prefer an internship in tech.

In fact, the tech industry was the most desirable field for male students — outpacing areas such as government, banking and entertainment.

These findings piggyback on results of a recent study from the Anita Borg Institute, which found that women account for about 23 percent of the workforce in tech. Only 18 percent of computer science degrees are earned by women, leaving them not only “underrepresented” but also causing them to leave “the industry at twice the rate as men due to the inhospitable tech environment,” the report said. 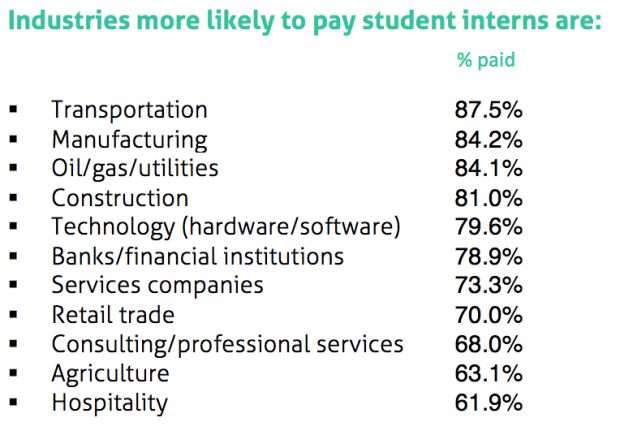 More than 45,000 current and former students completed the Looksharp survey, which found that marketing, PR and advertising internships were the most sought after, beating out technology internships for interest. The entertainment industry and government internships were also more attractive, but the tech sector offered more students positions, with 13.5 percent of students interning at a tech firm.

Engineering-heavy internships were the only industries to outrank technology for paid internships. Oil and gas, construction, manufacturing and transportation all paid more than 80 percent of interns, while 79.6 percent of tech interns received compensation.

Students with a variety of majors have interned at tech companies. With more than 50 percent of students taking a computer science course, the industry has a large pool of people to draw from.

Also, the tech industry may need people from a wide variety of training backgrounds, including those trained in design, finance and communication. However, computer science majors are more likely than any other major except engineering to get paid for an internship, according to the survey. 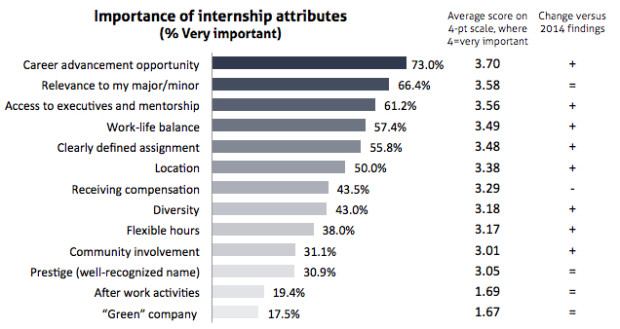