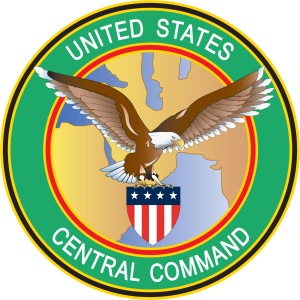 It’s a bad day to be the social media manager for the U.S. Central Command. Centcom’s Twitter and YouTube accounts have been suspended after a hacker group calling itself the “Cyber Caliphate” took them both over to spread pro-ISIS messages.

The group, which replaced the accounts’ profile pictures and background photos with their own images, claimed that it has hacked the Pentagon as a part of its “CyberJihad” against the U.S.

At this point, it’s not clear whether they have or haven’t – most of the “stolen” information the group shared has been posted publicly. The attackers posted an anonymous Pastebin file that they claim contains “confidential data,” but that may be more bluff and bluster.

Centcom released a statement about the attack and confirmed that the suspended accounts were affected. A spokesperson declined to comment on any of the other hacking claims.

The attack shows echoes of Microsoft’s battle with the Syrian Electronic Army last year. That group, which claimed to be aligned with Bashar al-Assad, took over a number of the company’s social media properties, and released emails pertaining to Microsoft’s disclosure of customer information to the FBI.

Update (12:58 PM): A Centcom spokesperson told GeekWire in an emailed statement that the command does not believe any classified data was posted.