Transpose announced a major strategy shift on Wednesday, as the Seattle startup is about to turn its full attention to business customers.

The service began in 2014 as a note-taking application called KustomNote, but it has since grown into a more holistic information management platform. It changed its name earlier this year and introduced new features that pull insights from unstructured data, files, and voice recordings. 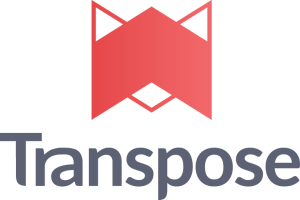 Transpose communications director Claire Topalian says these new features are useful for business customers, but don’t do much for the consumers who latched on to the service as an alternative to apps like Evernote.

But she said this has been the company’s plan all along.

Tranpose’s is now using the new tagline, “Powerful solutions for business with drag and drop simplicity,” and will begin charging users $14.99 per month for full access to its tools. There is still a free trial option.

The service has more than 100,000 users, but the company realizes casual users who aren’t taking advantage of all the business-centric features may not be interested in paying for the service. But the hope is that business customers will find that they can replace a slew of other information management platforms with this one tool.

Transpose is a graduate of the 9Mile Labs B2B accelerator and in May raised $1.5 million from Founder’s Co-op, Alliance of Angels and New York-based The Gramercy Fund.