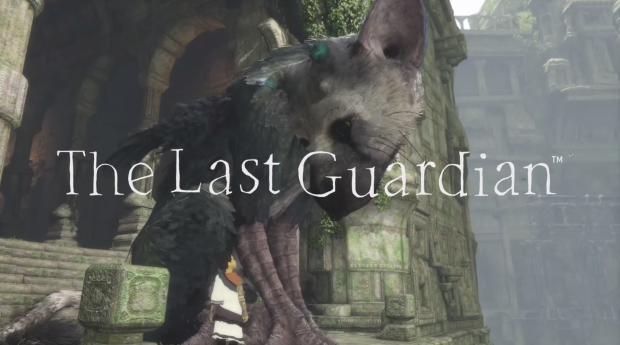 The Last Guardian, a Kickstarter for Shenmue III and a remake of the epic Final Fantasy VII were all announced at Sony’s E3 Playstation event today.

The Last Guardian, the third game from highly-praised game designer Fumito Ueda, will be coming to the PlayStation 4 in 2016, almost 7 years after it was announced at E3 in 2009.

At today’s event, gameplay footage revealed some platforming levels featuring a small boy and a colossal dog/bird helper. They navigate through a crumbling ruin, helping each other from falling to their death.

After a few other announcements, including PlayStation-exclusive Street Fighter V, a remake of Final Fantasy VII was announced. The original Final Fantasy VII debuted in 1997 and brought Japanese role playing video games to general audiences in the U.S.

Fans have heard a few rumors about possible remakes for new console generations, but this is the first official announcement. It will come to PlayStation first, but a release date was not announced.

Lastly, a huge Kickstarter campaign for the third installment of the open-world Shenmue series was announced. The $2 million campaign had already reached nearly half of its funding when this article was published, less than an hour after the end of the event. The game will come to PC and PS4 if (and when) it reaches its funding goal.

The series is known for its cinematic qualities and helped propel the Sega Dreamcast to massive popularity. However, the series ceased development due to high production costs. Today’s gaming environment may be more receptive to expensive titles, though.

These three games mark huge properties for PlayStation. The Japanese console maker will get advantages with highly anticipated games like these, but the Playstation event lacked announcements like VR partnerships and backward compatibility. It was almost exclusively about new games, some of which were already announced or didn’t even have release dates yet. Microsoft may be catching up to the number one console.