—Moonraft, an India-based technology design firm, is opening a new Seattle office, marking its first expansion in the U.S.

“The U.S. market values innovation and disruption and is host to amazing companies who are known for being at the forefront in their respective fields,” said Paramu, who previously worked at Infosys. “We are here to cater to that market. Seattle has a thriving tech and creative community and a strong, proven talent pool which is tremendous as we look to hire and grow our team.”

Moonraft will have 100 employees split between its new Seattle office and its Bangalore, India, headquarters. The company was founded in 2010 by Paramu, Somakumar Kolathur, Shantaram Jonnalagadda and Chinku Simon. Clients include Seattle-area companies like Starbucks and T-Mobile.

“Kristin is such an important addition to the Dolly team,” said Dolly CEO Mike Howell. “With a strong, well-rounded technical, product management and operations background, Kristin will help build and optimize all of the operational aspects of Dolly’s business.”

In addition to her time at Code Fellows, Smith also served as vice president of operations at Zulily. Before that, she held several leadership positions at Amazon, including a senior manager position for the Amazon MP3 and Cloud Player team.

Dolly currently operates in Seattle and Chicago, but the company recently raised $8 million to expand operations into other cities, with a goal of hitting 20 markets by the end of 2016. 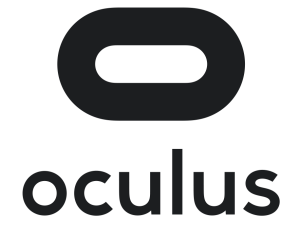 Before his move to the virtual reality company, Saarikko was working on Microsoft’s augmented reality system, the HoloLens, as the lead optical designer and optical architect. He came to Microsoft a year before they acquired his former employer, Nokia.

—Metia Group hired Misia Tramp and Liz High as customer experience vice presidents. The new hires will focus on using data science and customer analytics to build a customer base for the Seattle-based global marketing agency.

“Today’s businesses know that how they set up and manage their marketing platforms, the customer programs they operate, and the creative campaigns they deliver are vital to delivering their total customer experience,” said Metia Group president and COO Andrew Martin. “We have always put understanding the needs of our client’s customer audiences first and foremost in our priorities as marketers. Adding Misia and Liz to our team provides us with a real edge in terms of thought leadership from two leading industry practitioners.”

—Marchex is heading down under with a new Sydney office and Daniel Benton is leading the expansion. The mobile advertising analytics company headquartered in Seattle is bringing its call analytics software to agencies in Australia and New Zealand.

“I’m excited to be leading Marchex’s regional expansion in Australia and New Zealand,” said Benton, who is the country manager for the two countries. “Marchex Call Analytics elegantly solves one of the most pressing issues facing marketers today: how to accurately attribute and optimize their growing mobile marketing investment. The insights and rich call analytics provided from Marchex can help to both drive media efficiency and performance uplifts along with driving customer experience improvements.”

Benton has a dozen years of enterprise-class digital marketing experience. He’s led business development and client services for some of Australia’s top independent digital agencies including Salmat Digital, The Found Agency and Returnity.