Koru seems to be on to something with its innovative program that helps college grads find jobs.

Koru, which is operating in Seattle, San Francisco, and Boston, has a unique program that matches employers like Zulily and Amazon with graduates who spend a week working on real problems at those companies. Koru says that this helps students gain valuable experience they weren’t able to learn in school and develop skills they need to succeed in the working world.

Hamilton added that this is a win-win situation: Graduates get hired, and employers have a chance to see how potential new employees perform on the job.

“Our vision in the next few years is to level the playing field for young people so that all have access to opportunities based on what they have shown they can do, and to provide an efficient and effective lens to select and hire the talent that will best serve employers,” Hamilton told GeekWire.

Participants in the Koru programs work on specific challenges faced by the startup’s partner companies, including LinkedIn, REI, Smartsheet and others. They also receive help from corporate veterans who work as mentors with Koru.

“Koru is really a coach, and a connector,” Hamilton said on the GeekWire podcast last year.

Koru makes money by charging a fee to graduates. Participating companies also pay Koru a percentage of a graduate’s new salary, given that the company ultimately made the hire. Right now, though, Koru is offering free tuition until grads have been employed. To date, 85 percent of Koru graduates have been hired. 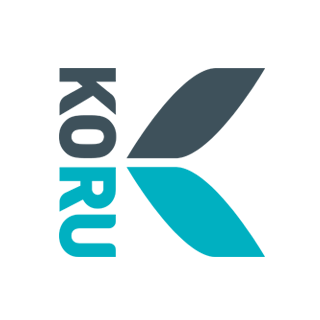 “Pay us back when you get a job is a pricing model we’ve been dreaming up since the beginning, and we’re thrilled to try it out,” the website reads. “We believe wholeheartedly that our program will get you job ready. Prove us right.”

Hamilton, who was also a co-founder of Onvia, started Koru with Josh Harrett, who previously oversaw the higher education innovation efforts at the Bill & Melinda Gates Foundation. Koru in February announced partnerships with 13 colleges and universities in the U.S.

Hamilton was also an entrepreneur-in-residence at Maveron in 2013 and is the former COO of World Learning, which had more than $100 million in annual revenue and over 1,500 employees. In addition she previously served as Global Director Educator Strategy and Marketing at Microsoft.

The $8 million series A round includes participation from new investors City Light Capital and Trilogy Equity Partners. Existing investors Battery Ventures and First Round Capital also re-invested in this round.

Koru, which previously raised $4.35 million in December 2013, also announced on Wednesday that Zillow will join as an employer partner for the Seattle program. Total funding for the 15-person company, which has backing from the rapper Nas, now stands at $12.57 million.