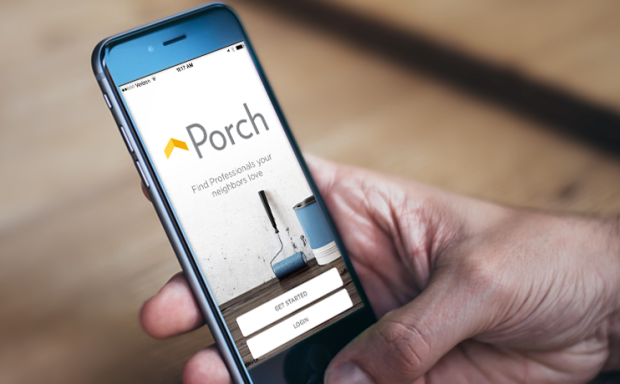 The latest investment round, announced this morning, brings Porch’s total funding to $100 million, less than two years after the Seattle-based startup came out of stealth mode, and 16 months after the Porch service launched nationally.

The financing is expected to fuel further product development, operations infrastructure, improvements to Porch’s data platform and employee growth at the company, which has already surpassed 350 employees.

“I wouldn’t be surprised if we were twice the size a year from now,” said Porch CEO Matt Ehrlichman in an interview.

The privately held company declined to provide any revenue or profit figures or other financial details. However, sources familiar with the latest round said it was based on a valuation of more than $500 million.

Valor Equity Partners CEO Antonio Gracias, a member of the Tesla and SpaceX boards, will join the Porch board as a result of the investment. Additional investors in the Series B round include Battery Ventures, Panorama Point Partners, and Capricorn Investment Group.

Lowe’s Home Improvement, an existing Porch investor that has a partnership with the startup, also participated in the latest round.

Pennington is best known as the former host of “Extreme Makeover: Home Edition.” So how did Porch connect with him? “We met him a while back and hit it off,” Ehrlichman said. “He really does care deeply about this industry and helping people love their homes. … He’s made a career out of that.”

There aren’t any current plans to make Pennington a celebrity spokesman for the company, Ehrlichman said when asked about the possibility. “Right now, we’re just excited to have him on board as an investor, bringing his expertise into the company.”

Porch — which faces competition from sites including Pro.com, Houzz, and Zillow Digs — has amassed data about 130 million home improvement projects across the country, allowing homeowners to see details about projects in their neighborhoods, and connect with remodelers and contractors.

Porch offers its service for free to homeowners, charging professionals for market insights and promotional exposure. The company says it has 3.2 million home professionals — including remodelers, contractors, and others — listed on the site, including 200,000 with licenses verified by the company.

As an example of the company’s product plans, Ehrlichman pointed to the initial test in Seattle of the “Porch Booking” service, which lets customers schedule and pay for small repairs and maintenance projects through the Porch app, at pre-negotiated hourly rates.

“Certainly we want to bring that out to the rest of the country as soon as it makes sense,” Ehrlichman said.

Editor’s Note: Porch CEO Matt Ehrlichman, the USA TODAY Entrepreneur of the Year, is one of the speakers at the upcoming GeekWire Startup Day, Jan. 30 in Seattle.