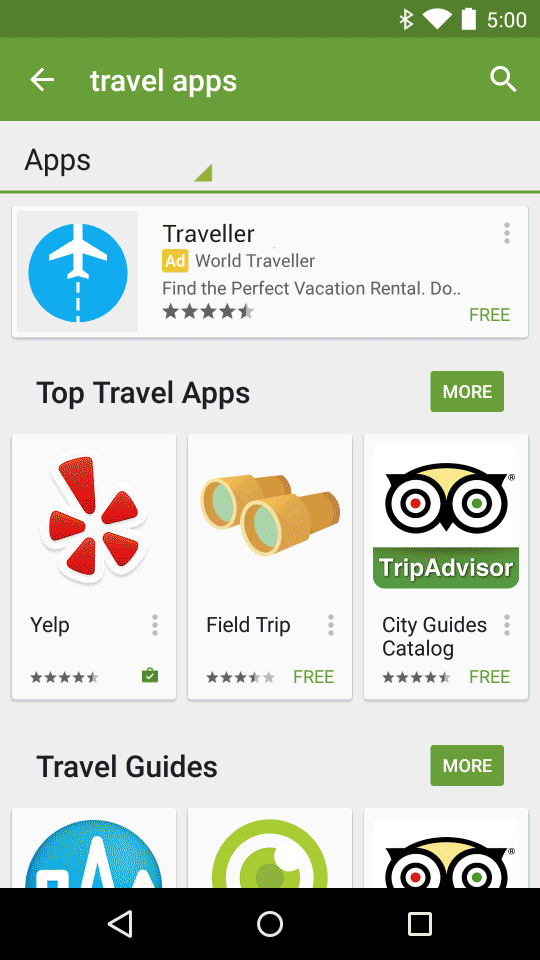 Google is shaking up the way business is done on its Play Store marketplace for Android apps. The company revealed today that it will begin a limited test of “sponsored search results” (read: ads) for apps on the Play Store.

The pilot group of users included in the test will see ads for a handful of apps that already run search ads on Google’s main site. Based on a screenshot provided by Google in its blog post announcing the change, there’s currently one ad slot at the top of the list of search results. It’s largely unobtrusive, and looks a lot like the other results in a Google Play search – just with the addition of a small, orange “AD” label.

If Google decides to expand its advertising on the Play Store, it could be good news for developers with deep pockets. One of the major difficulties facing app developers today is difficulty getting their application discovered by consumers. By allowing people to pay for top billing in the Play Store, Google would make it possible for, say, Microsoft to purchase top billing whenever someone searches for “Office.” New companies with larger budgets that want to get their app in front of as many eyeballs as possible would similarly benefit, since they’d be able to pay for a top slot on the Play Store.

At the same time, the company runs the risk of making life even more difficult for independent developers. Under the current search ranking system, it’s at least theoretically possible for a smaller company to get high billing without spending money for higher placement.

Overall, though, it seems like the biggest winner here is Google, which will have a new revenue stream from these ads.