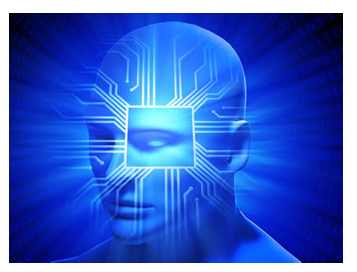 The Allen Institute for Artificial Intelligence has established a new startup incubator at its offices in Seattle, recruiting two high-level researchers who will try to develop technologies in the emerging field.

“We are quickly building an element of the Seattle tech ecosystem, and we’ve identified cutting-edge folks who are startup minded,” said Oren Etzioni, the former University of Washington computer science professor who now leads the Allen Institute for Artificial Intelligence. “Once we identify super-talented folks like Xuchen and Aria — we give them a lot of freedom to pursue their instincts and initiatives.”

Bankrolled by Microsoft co-founder Paul Allen and known as AI2, the Institute was formed 16 months ago to create a new wave of research in the field of artificial intelligence that goes beyond well-known technologies like Siri and Watson.

Among the projects being developed at AI2 is Aristo, described as a “first step towards a machine that contains large amounts of knowledge in machine-computable form that can answer questions, explain those answers, and discuss those answers with users.”

Etzioni calls Haghighi and Yao “anchor tenants” of the incubator, which at this stage is small and is not actively accepting other entrepreneurs.

“Our incubator focuses on the very best technical talent in AI whose work dovetails with the research at AI2,” said Etzioni, adding that there’s “excellent potential for synergy with the technologies” being developed at AI2.

Yao, a former intern at Google and Paul Allen’s Vulcan, is developing a technology known as KITT.ai, which among other things is designed to turn natural language into computer codes with potential applications in home automation and the Internet of Things.

Haghighi, who has relocated to Seattle, spent three years building San Francisco-based news discovery service Prismatic. In March, TechCrunch reported that Microsoft was interested in buying the company, which had raised about $15 million in venture capital. Haghighi left Prismatic in 2013, joining Apple where he worked on the company’s recently launched Apple Watch.

His LinkedIn bio simply says: “Collaborating with the awesome team at AI2, while I tinker on ideas for a new venture.”