Patent litigation in the U.S. is expected to hit an all-time high this year, and the cases are largely being initiated by non-practicing entities, also known as patent trolls.

Patent trolls, which use patents to extract licensing fees or legal settlements, are responsible for 68 percent of all patent cases in U.S. District Courts, according to a report released this month by Unified Patents

In fact, the high-tech sector was the only industry where a majority of patent cases were patent troll related.

Apple, Actavis and Amazon were the most frequently sued, with Apple facing 25 patent suits in the first half of the year. Actavis and Amazon each faced 21 suits. The report notes that Samsung would be number two on the list if suits against all of its affiliates were combined. 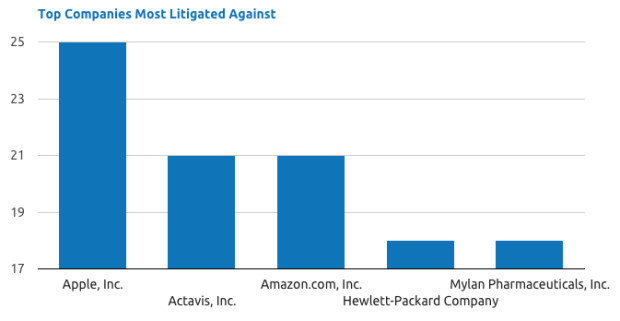 There were 1,389 cases filed in the Eastern District of Texas, the most common venue for patent disputes. Here are the top non-practicing entity filers of patent claims, with Ars Technica noting that the top three firms are all represented by Dallas-based law firm Austin Hansley. 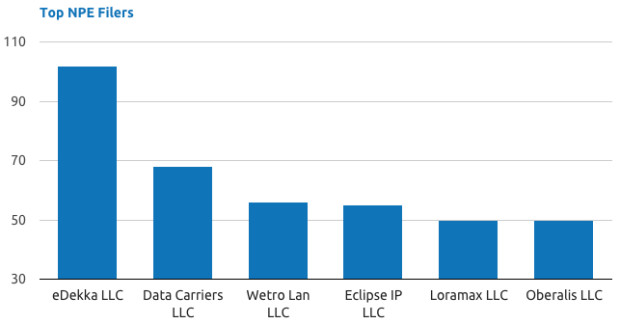 Ars Technica also reports that the U.S. House is expected to dig into patent reform later this month as part of the Innovation Act.