All hail paper, the book reading technology resurgent. Eight years after the first Amazon Kindle and five years since the first Apple iPad, lowly pressed wood pulp is on the rebound.

The consequence looks more like co-existence than conquest. For now. 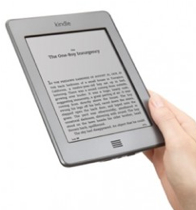 The latest numbers for 2014 book sales tell a surprising tale. Nielsen BookScan, which tracks what readers are buying, found the number of paper books sold went up 2.4% last year, including at Amazon and all types of bookstores.

As Publishers Weekly puts it, “the 2014 figures are further evidence that print books are selling better than they have since sales of eBooks exploded in 2010.” The paper tome apparently hit rock bottom in 2012, but has since rallied in categories from children’s books to adult non-fiction, and formats from trade paperback to hardcover.

Students, too, are rediscovering paper. Several studies – including one by tech-centric Hewlett-Packard – find a strong preference for printed textbooks, notably among those in college who have tried both types. In the HP survey, 57% preferred print; only 21% preferred an eTextbook.

At the same time, eBooks have hit a plateau of sorts. Growth in revenues, according to the Association of American Publishers, was a mere 3.8% in 2013 compared to “unprecedented” growth in 2012. The first three quarters of 2014 showed another nice, modest uptick of 5.6%. 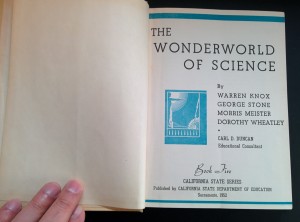 Depending on whose stats you believe, eBooks that people actually pay for have settled in to represent slightly more than a quarter (27%) of all U.S. book sales, and perhaps up to a third (self-published author direct sales are harder to measure, and freebies are, well, not paid).

Why the pushback against pixels? It may be a combination of how we’re wired, and where eBooks and their devices still fail to connect with readers.

Multiple studies find that we pitiful humans seem to read differently when given the same text on a screen instead of on a page – and are distracted more easily – so less of what we read sticks. Researchers at James Madison University, for one, suspect that readers skim eBook pages quickly and repeatedly, while eye-tracking software shows paper books are read line-for-line. The result is that grokking the content of eBooks “takes longer and requires more effort to reach the same level of understanding.”

Then add distractions. Lots of eBooks aimed at kids are chock full of animations, games and other digital delights. The Joan Ganz Cooney Center at Sesame Workshop found young kids recall a lot less of the eBook narrative than kids who read print versions of the same story. Another study found young readers frequently skip eBook text, period, and move to the “fun” stuff.

If I were to ask how you’d remember a page or a passage in a paper book, you’d look at me as though I were an idiot. You’d grab a pen or highlighter – two familiar tools that are used for more than reading – and mark the words or scribble in the margins. Or just dog-ear the page, a simple, quick physical motion.

For eBooks, you actually have to figure out under which menu the right tool is, how to use it, what its limits are (can I export? save across devices?) and then finally apply it. And, unlike a real thumb or ink pen, how that tool works can vary by platform.

Take the faux sticky note. One study from Ryerson University noted that readers felt they had to “remember to purposely search for the electronic sticky note, in contrast to the easily observable paper sticky note.”

Yes, eBook tools are better than they used to be. But my pen remains mightier than your silicon.

I’m not going to soft-pedal this: Some people still like the feel of a book, the heft of a book, even the smell of a book. It has a UI and UX with centuries of refinement. For some types of reading, the physical act of opening a thick cover and listening to the whispered crackle of spine and pages is part of the enjoyment.

For some types of reading, the physical act of opening a thick cover and listening to the whispered crackle of spine and pages is part of the enjoyment.

There is also brilliant, large cover art and the ever-present reminder that you own a book, not because it shows up in a text list or thumbnail art when you log in to your Kindle inventory, but because it’s in your face, on a shelf, where you and others nearby can bask in it.

Oh. About ownership. Recall Amazon’s ability to modify or remove an eBook without a buyer’s permission? The Ryerson study concluded that readers perceived digital content as less permanent. Physical books were under their, not “publishers or IT developers,” control.

Plus, the whole how-backlit-screens-can-interfere-with-sleep thing.

This isn’t to say all is rosy for paper books. The biggest damage in 2014 was the continued slide in mass market paperback sales, down 10.3% during a time period when every other format was going up.

Those palm-sized softcover books are traditionally the domain of adult genre fiction, like romance, fantasy and mystery. Narratives, read front-to-back (and I doubt there’s ever need for a comprehension test afterward). Self-published eBook authors have latched onto genre categories bigtime, too, likely diverting what would have been physical book sales. For that kind of fiction, the years-long paper massacre hasn’t ended.

But as Mark Twain might opine, reports of paper books’ death have been greatly exaggerated. The near-term future won’t be paper-or, but paper-and, pixel. Until the two are indistinguishable in terms of features, factors and feel.