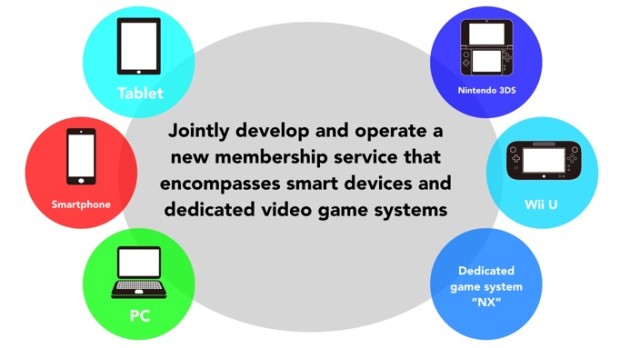 Nintendo is finally getting into the smartphone and tablet game market, thanks to a partnership the Japanese gaming company forged with DeNA, a mobile development company. The two firms will work together on developing Nintendo’s suite of intellectual property – which includes iconic gaming franchises and characters like Mario – into new experiences for mobile devices.

Don’t expect simple 1-to-1 ports of old Nintendo games, either. Satoru Iwata, the company’s president and CEO, said in an announcement today that they’ll work on developing new experiences for smartphones and tablets that are tailored to that hardware because of the significant differences between smartphones, tablets and dedicated consoles.

There are significant differences in the controls, strengths and weaknesses between the controllers for dedicated game systems and the touchscreens of smart devices. We have no intention at all to port existing game titles for dedicated game platforms to smart devices because if we cannot provide our consumers with the best possible play experiences, it would just ruin the value of Nintendo’s IP.

And, if I can talk a bit further about our game development plan, we will continue doing our best to develop dedicated game titles for our dedicated game hardware platforms just as we have been doing. For smart devices, even in the case where we utilize the same IP, we will create completely new game software that will perfectly match the play styles of smart devices.

In addition to the games, Nintendo is also working with DeNA on a “multi-device membership service” that will encompass Nintendo’s existing consoles, as well as smartphones, tablets and PCs. Details about the service, which is slated to launch later this year, are scarce, but it may be the replacement for Club Nintendo, a membership program that offered rewards for purchasing Nintendo games and hardware. Club Nintendo will shut down at the end of June, and Nintendo has yet to name a replacement.

Don’t expect Nintendo to give up on its hardware business with all of these announcements. Iwata also said that the company is working on a new “dedicated game platform with a brand-new concept” under the code name “NX.” He declined to offer any more details about it, but said that more information about NX will be coming next year.

The changes come at a rough time for Nintendo, which is facing significantly lower sales than its counterparts in the home console market. The company’s dominance in the handheld arena with the 3DS is also being challenged by the growth of smartphones and tablets.