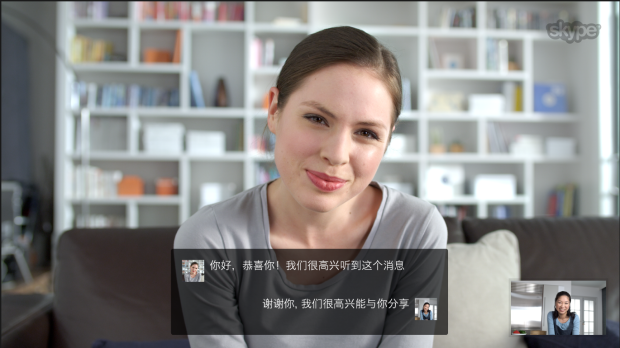 Microsoft is about to start building its real-time language translation tool directly into Skype for Windows PCs, meaning the 100 million users already on the service will soon be able to have video chats with people of different languages without downloading a specialized app.

The company first debuted a preview of Skype Translator in December 2014, but it was only available in English and Spanish and as a standalone application. The service has slowly been making its way onto more devices in more languages since then, but now it’s getting its biggest boost yet as it becomes a standard feature inside the Skype app.

It’s just available for Windows devices and doesn’t work on smartphones. But only the person initiating the call needs to have access to the feature for both sides of the conversation to get the translations.

I had a chance to try it out at Skype’s office earlier this week. I was put on a call with a woman in Mexico who was only speaking Spanish — a language I haven’t spoken since the end of my freshman year of college. She would speak, there would be a pause and then an electronic voice would relay her message to me in English.

It wasn’t perfect, but it worked well enough that I was able to carry on a casual conversation where there would have normally been a pretty impossible language barrier.

Microsoft director of product marketing Olivier Fontana said the company is well aware the feature isn’t perfect and that it’s better suited for talking to foreign friends than carrying on business negotiations. That’s why the company is keeping the “preview” title attached to it. The technology behind the system is machine learning, so the tool will keep getting better as more people use it, Fontana says.

“We crawled in December, now we’re at the walking stage. We’re not yet running,” he added.

In many ways, the launch is the perfect example of the new Microsoft we keep hearing so much about.

Instead of waiting until everything was perfect, the company released a “good enough” version last year so it could test and learn from real users. Fontana said the company intentionally kept it as a separate app until now so it could keep it the app in a controlled environment with a limited number of users. 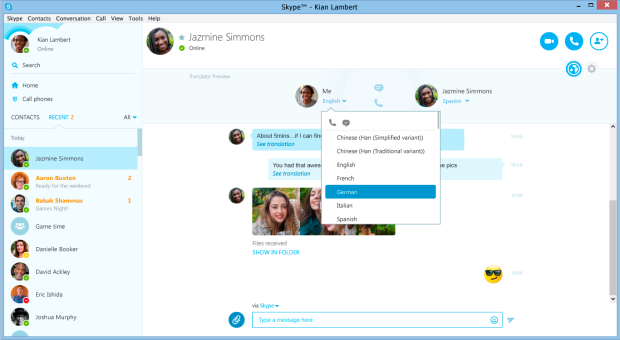 “Where do you find this tradeoff between it’s good enough that it’s usable and useful, but not wait until it’s perfect and it takes four years to get there,” he said. “So it’s very hard to find this balance.”

He acknowledged that the translator tool had some bumps in the road, sometimes even creating awkward situations by mistakingly translating what users said into profanity.

The brain behind the tool had been designed to translate written text, but human speech is surprisingly different. So Microsoft brought in a team of linguists to train the app to understand the nuances of speech, complete with slang. They installed a profanity filter and finally decided it has reached a point where it’s ready for mainstream users.

“If you think about a car analogy, a human interpreter is a Ferrari — perfect stuff. We’re trying to build a Ford Focus for people who work or ride a bike today,” Fontana said. “We are opening up scenarios that just aren’t possible now. You do stuff that you wouldn’t do. That’s the thing. Even if it’s no perfect, the alternative is nothing.”