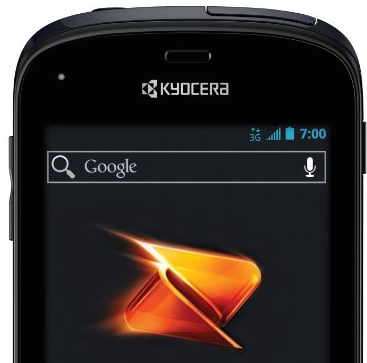 The suit, filed in U.S. District Court in Seattle, seeks financial damages and an injunction against Kyocera to prevent the company from selling devices that Microsoft alleges to infringe its patents. The suit singles out Kyocera’s Duraforce, Hydro and Brigadier lines of mobile phones.

Although Microsoft has struggled to keep pace with the likes of Google and Apple in the smartphone market, the company’s compliant uses strong language to call out the work of its research team in developing new technologies.

“Although research and development comes at great cost and risk, Microsoft was founded on innovation, and the company continues to choose the path of the innovator,” the complaint says. “But others have a different approach, waiting for innovators like Microsoft to bear the expense of developing new technologies and then incorporating the most successful inventions into their own products – without permission and without paying for the privilege.”

“We respect Kyocera but we believe they need to license the patented technology they are using. We’re hopeful this case can be resolved amicably,” said David Howard, a Microsoft corporate vice president and deputy general counsel, in a statement issued by the company.

It’s the latest effort by Microsoft to collect royalties from makers of Android devices, based on its claims that Google’s operating system infringes on its patents. The company has existing licenses with smartphone makers including Samsung, LG and HTC. Microsoft has said previously that its licensing agreements cover 80 percent of Android smartphones sold in the U.S.

These suits by Microsoft are actually relatively rare. The company has filed two previous suits along these lines against Android device makers — one against Motorola that is still ongoing, and another against Barnes & Noble, which was settled as part of a broader partnership agreement and investment that has since been dissolved. Samsung and Microsoft recently settled a dispute over their licensing agreement, and Samsung remains a Microsoft licensee.

Microsoft has been estimated to make as much as $2 billion each year from licensing its patents to makers of Android devices — much more than it makes on licensing its own Windows Phone operating system to device makers.

Here are the seven patents cited in the complaint.