When University of Washington instructor Ana Redmond noticed her daughter struggling with basic math in school, she decided to take matters into her own hands. As a software developer, she had a few more homework help tricks up her sleeve than the average parent.

“I was understandably distressed when my daughter was confused and frustrated with math teaching at school,” she said. “It consisted of drills and worksheets, not explanations and concepts.”

She decided to build a simple app to explain kindergarten math to her daughter, and with that, Infinut was born. Three years later, she’s developed several apps that have more than 1 million downloads combined. The apps use interactive games to teach basic concepts in reading, math, and science.

We caught up with Redmond for this installment of Startup Spotlight, a regular GeekWire feature.

Explain what you do so our parents can understand it: “We build math, science and reading apps for kids. We design the apps to develop kids’ conceptual understanding.”

Inspiration hit us when: “I built a simple numbers maze for my kids at a hackathon. My kids loved playing the maze. I realized that they were so attracted to the smartphone and tablets that I could use their interest to help them learn as they play.”

VC, Angel or Bootstrap: “Bootstrap. I built part of my first app at a hackathon for fun. My daughter absolutely loved the app. She kept asking me, ‘Mommy, will you build me more?’ So, I did. The question of funding never really came up till very recently.”

Our ‘secret sauce’ is: “Our focus on conceptual learning. Most other apps test what kids have already learned. We actually teach concepts.”

The smartest move we’ve made so far: “Shipping early and listening to feedback from customers.”

The biggest mistake we’ve made so far: “We should have started sooner. I resisted the idea of building kids’ apps at first. As a server developer, I thought I should be building serious software. After I built the first app, I realized that I have a talent for teaching and explaining concepts and I truly enjoy it. Being earlier to market would’ve helped us grow faster. Better late than never, though.”

Would you rather have Gates, Jobs, Zuckerberg or Bezos in your corner: “Bezos. He’s determined and goes against conventional wisdom to build what’s right for the customer.”

We are truly unique because: “Many other apps have lots of pretty graphics and are fun for kids. But, most of those apps test the kids on what they already know. Our apps truly help kids learn. In the exercises we design, the kids don’t have to know the answer — they discover and show the answer. The comment parents and teachers most often make about our apps is, ‘it really helps.'” 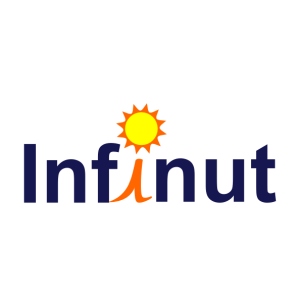 The biggest hurdle we’ve overcome is: “How to support the wide variety of devices available. I started building apps on Android because I had an Android phone. Initially the apps did not work well on tablets. I learned how to build the apps so they resize and adjust according to the device at runtime. But, now, people often ask when the apps will be available on iOS. There is lot more to be done to bring the apps to different devices.”

What’s the one piece of advice you’d give to other entrepreneurs just starting out: “Build something that you need personally. I did not get any traction on projects I launched before this, nor could I stick with a project for the long haul until I started building kids’ learning apps. I need the apps personally — to help my daughters advance their learning. It just so happens that a million other parents need them too.”