Cheezburger has had its share of struggles over the past few years, but now investors are showing their support again for the humor website.

The Seattle startup announced today that it has raised $2.7 million from existing investors Madrona Venture Group, Avalon Ventures, and Foundry Group. Total funding for the company is now at $40 million.

Cheezburger, which operates about 50 comedy sites including Fail Blog and I Can Haz Cheezburger, had raised $30 million in 2011, and another $5 million in December 2012. But as the company struggled to make the transition from desktop to mobile, it cut about 35 percent of its staff in April 2013.

“We were turning into a confused, money-losing mess,” CEO and founder Ben Huh recalled in this blog post written this November. 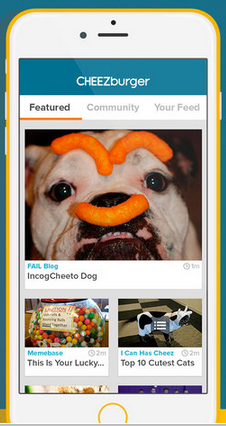 That forced Huh to restructure the engineering operations and bring on people like current Cheezburger president Scott Moore, a former Slate publisher and MSN veteran, and Cyrus Krohn, a former Microsoftie who previously co-founded Crowdverb and is now Cheezburger’s executive producer.

By January of 2014, the startup had turned a profit, all while showing record revenues thanks to product improvements and programming enhancements. Today’s funding is another step in the right direction for the seven-year-old company.

“This is the result of our ability to execute and recruit great talent,” Huh told GeekWire. “We’ve made great strides in moving our product from a network of blogs to a platform and executing against our vision of creating a place where people can laugh and make their friends laugh.”

Huh, who just spoke at GeekWire’s Startup Day about the struggles he faced during Cheezburger’s dark times, also noted that his company is releasing major updates to its iOS and Android apps this week. Those apps allow users to scan through funny content and also generate their own by editing any picture or GIF they see from Cheezburger’s content channels like FAIL Blog and Memebase.

“We’re elevating creative users to help them find an audience on our network,” Huh said. “You can expect to see a steady stream of improvements across our apps and on the web to help our users create laughter with this round of funding.”

Cheezburger is also working on a new comedy show in Seattle that is all about marijuana and “explaining things.”

“The goal — first and foremost — is to make our audience laugh,” Huh writes in a blog post. “I also want to bring a sense of averageness to marijuana —   a substance that’s used by almost 20 million Americans every month. But it’s not about politics. It’s about not taking yourself too seriously.”