Online domain provider Rightside expected “.news” to become one of its top new domain extensions since the application window first opened to create — and own — alternatives to the usual website endings like .com or .org.

The Seattle company has already launched more than 30 different domains — called generic top-level domains, or gTLDs — including .sale., .dentist and the ever-famous .ninja.

But .news has been something special all along. More than 1,000 domains were reserved before the extension went live on July 15 and within one week it had already brought in about $1 million in registration fees.

To date, nearly 20,000 web addresses ending in .news have been purchased. 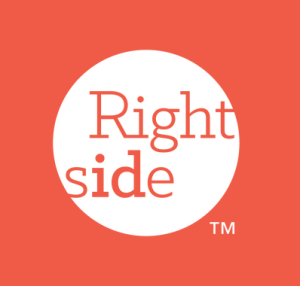 It’s just the latest new domain extension to catch fire, though none has gone fully mainstream quite yet.

It all started back in 2012, when the Internet Corporation for Assigned Names and Numbers (ICANN) started taking applications for new domains to lay the groundwork for the next generation of the web. Rightside had to pay at least $185,000 for each application, plus more if it had to outbid other companies that wanted the same extension — like it did for .news. Rightside wouldn’t say how much it paid for the extension, but these auctions have gone as high as the $25 million Google paid for .app.

Now that the domains have been purchased, a couple dozen are released each month. To date, ICANN has introduced 735 new domains, including .news last month.

Rightside CEO Taryn Naidu rattled off just a few of the brands that have already claimed their slice of the new digital real estate on .news, including Microsoft, Apple, Google, Yahoo, Major League Baseball, BMW and Starbucks. And that’s not counting the media enterprises you would expect like CBS, CNN, FOX and BBC.

“We really liked it,” Naidu said. “The very specificness of it, but also the broad uses. It’s easy to connect the dots on the value proposition of this extension. We think it kind of capures the entire universe of information.”

But others are already up and running. The Los Angeles Times is using latimes.news as a shortcut to get people to its local news section, while Paramount Pictures is using paramount.news to lend credibility to a landing page for its social media accounts.

As gTLDs become more popular, Naidu said he expects businesses to use .news for their company updates, bloggers to differentiate themselves and news organizations to show exactly what they’re all about.

You can check out a list of domains still available on Rightside’s website, including gems like bird.news and smartphone.news. Most of the addresses cost between $20 and $25, though they can become more expensive for prime real estate like seattle.news.