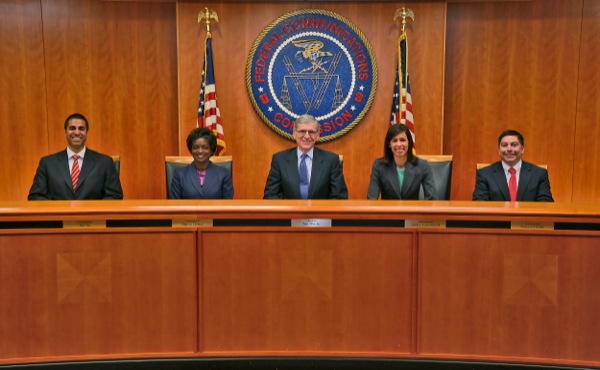 The Federal Communications Commission has passed new rules in a 3-2 party line vote to enforce net neutrality in a public meeting held today in Washington, D.C. The rules, which reclassify broadband providers as common carriers under the Telecommunications Act of 1934, will prevent blocking, throttling and paid prioritization of content on the internet.

“While some other countries try to control the Internet, the action that we take today is an irrefutable reflection of the principle that no one, whether government or corporate, should control free and open access to the internet,” FCC Chairman Tom Wheeler said in remarks ahead of today’s vote.

Importantly, the rules will encompass both wired and mobile broadband access, meaning that wireless carriers will also be bound by the same rules for blocking and paid prioritization. In addition, the commission will be making some changes in how it enforces the common carrier rules on broadband providers to tailor them to the web.

Unsurprisingly, the two Republican commissioners – Aijit Pai and Michael O’Rielly – voted against the new rules, and blasted them in the comment portion ahead of the vote.

Today’s vote comes after more than a year of wrangling after the Commission’s previous rules were struck down by an appellate court. Since then, the FCC received more than 4 million comments on the subject of net neutrality, which have led to the rules passed today. Tech companies played a major role in lobbying for stronger Net Neutrality protections, with titans like Microsoft, Amazon and Yahoo throwing their public support behind regulation that would preserve an open internet.

The American Civil Liberties Union hailed the decision, calling it a “victory for free speech.”

“This is a victory for free speech, plain and simple,” ACLU legislative counsel Gabe Rottman said in a statement emailed to GeekWire. “Americans use the internet not just to work and play, but to discuss politics and learn about the world around them. The FCC has a critical role to play in protecting citizens’ ability to see what they want and say what they want online, without interference.”

“I support the FCC’s efforts to protect a free and open Internet,” DelBene said in a statement. “This proposal prevents blocking, throttling and paid prioritization, which are positive, bipartisan goals.”

Not everyone is thrilled by the news, though: Brent Skorup, a research fellow at George Mason University’s Mercatus Center, said in a statement emailed to GeekWire that the new rules will stifle innovation.

The Title II order and new net neutrality rules have not been released yet, but the thrust of the regulations is clear from commissioners’ statements and media reports. In short, the FCC’s rules represent a giant step backwards to the days of command-and-control of markets.

The FCC’s actions derive in part from the myth that the Internet is neutral. In the evolving online world, the Internet gets less neutral—and better for consumers—every day. Through a hands-off approach from policymakers, the U.S. communications and technology sector has thrived as a supplier of innovation, but Title II rules effectively throw sand in the gears.

That opposition shows a sign of what’s ahead. Like the Commission’s past two attempts to regulate the internet, it seems likely that the telecommunications industry will turn to the courts as a means of fighting regulation. It’s likely that these rules will be embroiled in court battles for years to come.

Update: Senator Maria Cantwell (D-WA), who has advocated for Net Neutrality, had this to say about the decision:

“Consumers all across America should applaud this decision, and I know they will be in the Pacific Northwest, because we will be protecting that aspect of our economy that has created thousands of jobs and millions of dollars for our economy.”