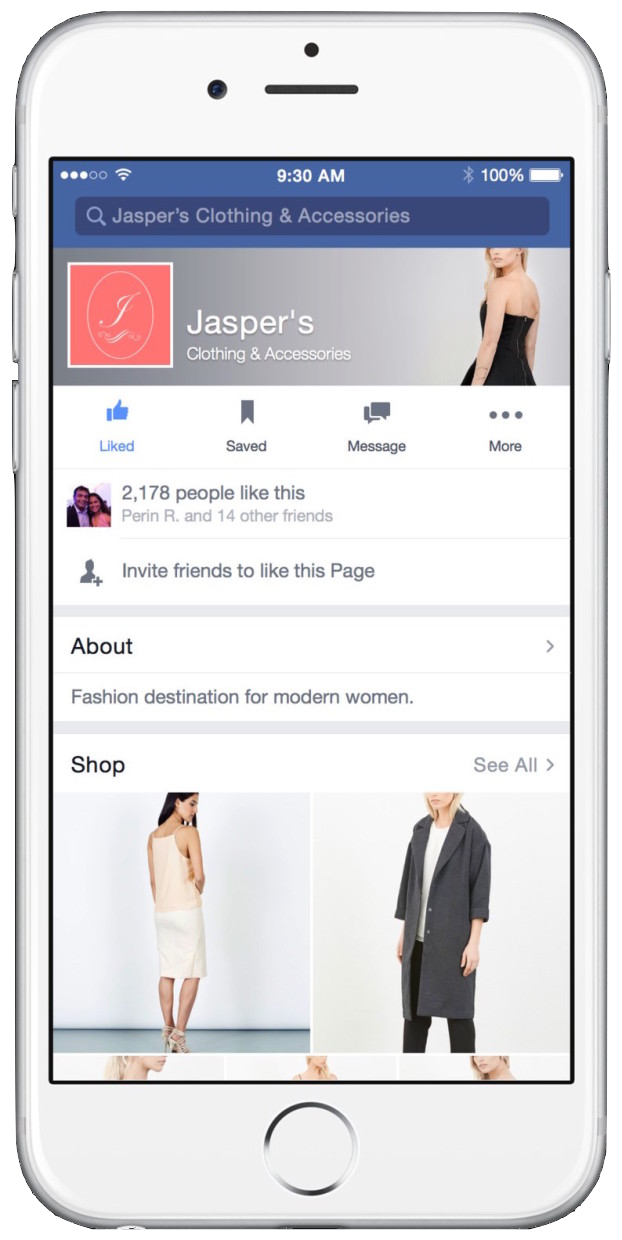 You may soon be able to buy those shoes your friend is wearing in her profile picture without leaving Facebook.

The social networking site is testing a feature that would allow companies to embed shops into their Facebook Pages, according to BuzzFeed. The news comes less than a month after Twitter rolled out a similar feature that allowed brands to build collections of buyable items.

The storefronts will exist on brands’ pages and allow Facebook users to complete purchases without leaving the site, an idea of particular interest at a time where many users browse the feed through mobile apps and may not want to leave the app to complete a purchase. The move puts Facebook in more direct competition with the likes of Amazon, eBay and Google.

“With the shop section on the page, we’re now providing businesses with the ability to showcase their products directly on the page,” Facebook product marketing manager Emma Rodgers told BuzzFeed News.

Facebook introduced a standalone buy button about a year ago, but the feature was largely limited to ads in users’ newsfeeds. Facebook doesn’t take a cut from sales completed at the moment, but could ultimately change the terms of the Page-based storefronts to build up its revenue stream.

There are currently less than 100 Pages testing the service, and Facebook wouldn’t disclose those shops to Buzzfeed. The company is already planning to expand the program soon.