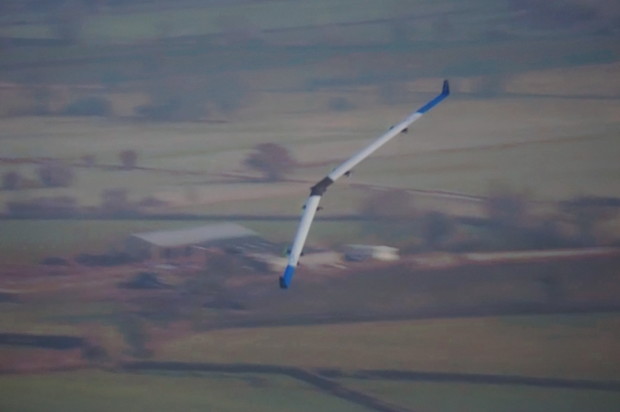 SAN FRANCISCO– Facebook CEO Mark Zuckerberg is fond of talking about how his company plans to connect the world, but today at Facebook’s F8 conference in San Francisco, his company offered the first glimpse at how it plans to do that.

Mike Schroepfer, the social networking company’s chief technology officer, showed a photo of a massive autonomous drone that the company’s Connectivity Lab is working on to provide internet to communities that don’t currently have access to the web. The “Aquila” drone has the wingspan of a Boeing 767 and weighs “about as much as a small car.”

Aquila has massive, multi-segmented wings built primarily out of foam. It’s still a prototype, but the v-shaped drone is supposed to stay in flight for months over a given area. Facebook built Aquila with the help of Ascenta, the U.K.-based drone maker that it acquired last year.