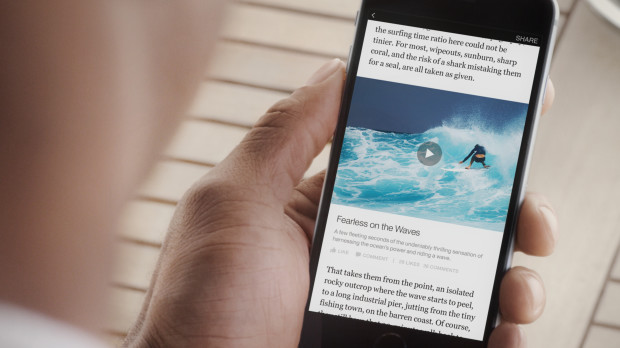 Facebook is offering publishers a new way to get in front of its billion-plus users through a new feature launching today called “Instant Articles.”

For consumers, the goal is to speed up the viewing experience. Already, tons of people are discovering stories on Facebook, from breaking news about the Nepal earthquake to heart-warming stories about photographers taking their dog on a cross-country road trip. 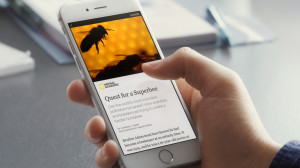 Why would publishers be willing to publish directly to Facebook’s iOS app, and not to their own sites?

The answer is pretty simple: The terms are really good.

Re/Code’s Peter Kafka reports that it is a “very publisher-friendly program.”

In a press release, Mark Thompson, the president and CEO of The New York Times Company said:

“The New York Times already has a significant and growing audience on Facebook. We’re participating in Instant Articles to explore ways of growing the number of Times users on Facebook, improving their experience of our journalism and deepening their engagement. We have a long tradition of meeting readers where they are and that means being available not just on our own sites, but on the social platforms frequented by many current and potential Times users.”

The program will kick off slowly, so don’t expect to see a stories in your newsfeed right off the bat.