In a Statement of Objections, the Commission alleged that Google unfairly promoted its shopping service to the exclusion of competitors, and did not require results from its service to fit the same search algorithm penalties that it applies to other results. Citing the relative lack of success of Froogle, the first incarnation of the company’s product search engine, the Commission argued that Google’s behavior hurt competition in the realm of shopping search.

Amit Singhal, the senior vice president of Google Search, disagreed with the charges in a blog post, saying that competition in the online shopping space remains strong. He pointed to the success of other tech juggernauts like Ebay and Amazon, as well as home-grown European outlets like Germany’s Zalando, which was one of Europe’s largest tech IPOs when it went pubic in 2014. 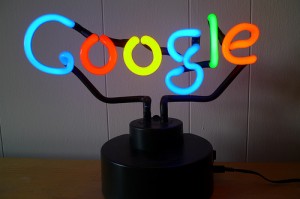 The investigation into Android will focus on whether Google has hurt competition by preventing equipment manufacturers from using its apps like the Google Play Store in forks of the mobile OS, like Amazon’s FireOS. In a separate blog post, Hiroshi Lockheimer, the vice president of engineering for Android, said that the company isn’t doing anything wrong. He highlighted that Google’s partnership agreements are voluntary, and that Google apps pre-installed on Android phones are outnumbered by Apple-produced apps that come pre-installed on the iPhone.

Today’s move is just one step in a larger process. Google will now have time to respond to the accusations in the search case, which could take years at the longest. The Commission can then revise, drop or settle its complaint, or levy a judgment against Google. The investigation into Android is just beginning, and likely won’t be resolved for a while.

The Mountain View-based search giant faced a similar investigation from the United States Federal Trade Commission that began around the same time as the EC’s inquiry. Despite a report from FTC staffers highlighting what they saw as anticompetitive behavior on Google’s part, American regulators ultimately declined to pursue antitrust charges, and it doesn’t seem like today’s decision in Brussels will change that.

The charges come after a multi-year investigation into Google led by Joaquin Almunia, Vestager’s predecessor. That process produced three different proposed settlement packages. All of those packages were blasted by the company’s critics as going too easy on Google, despite concessions from the search giant.