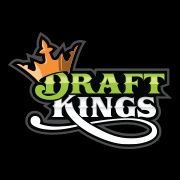 Now, its rival DraftKings is reeling in even more cash.

Re/code reported that DraftKings has raised a $300 million round led by Fox Sports, which values the startup at more than $1.2 billion. Venture capital firms Atlas Ventures and the Raine Group, along with others like Major League Baseball and the New England Patriots’ Kraft Group also participated in the round, Re/code noted.

The deal also includes a commitment from DraftKings to spend $250 million on ads with FOX over the next three years. DraftKings, founded in 2011, had raised $75 million prior to the new $300 million round.

DraftKings and FanDuel run daily fantasy sports games that award users for picking players that perform well. Both companies have big-name investors betting on its business model — FanDuel raised its $275 million round from investors like KKR, Google Capital, and Time Warner.

DraftKings was in talks with Disney (which owns ESPN) to raise a reported $250 million last month, but that deal fell apart. Instead, ESPN announced an exclusive advertising agreement with DraftKings, which is now ESPN’s official daily fantasy sports platform.

FanDuel and DraftKings are the top daily fantasy sports sites, but others are also trying to compete. Yahoo even entered the daily fantasy sports arena last week when the tech giant announced it would offer a new daily games platform. There’s also AlphaDraft, which runs daily and weekly contests for eSports and received investment from ex-NBA commissioner David Stern and star player Carmelo Anthony in May.

The New York Times noted that “the business of daily fantasy sports is only a few years old, but it has become a nearly ubiquitous presence.” The Fantasy Sports Trade Association reported 41.5 million fantasy sports players in 2014 who each spent an average of $111 on games and league costs.