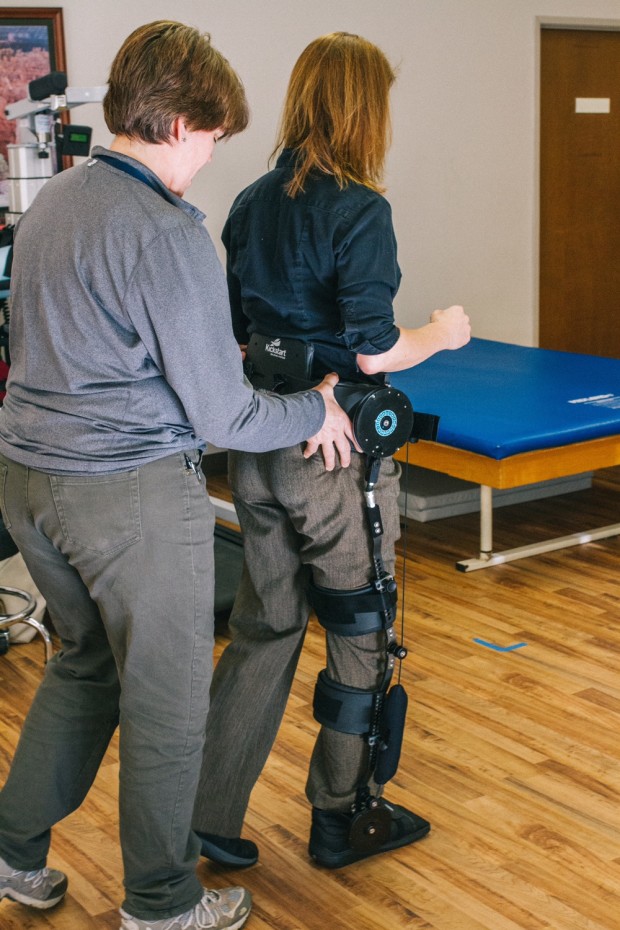 Cadence Biomedical, makers of the Kickstart medical device, today announced a $1.2 million Series B funding round.

The seven-year-old Seattle-based company will use the funding to continue developing its device that accelerates recovery to walking for people who have suffered a stroke or have other neurological conditions.

The Kickstart is unique because it uses no motors or batteries, instead utilizing a system of pulleys and springs to capture energy during the beginning of a step. The core technology is called “Exotendon,” which acts like an artificial tendon to help users with stability, leg advancement and cues for proper walking.

“Every day we hear more success stories from our clinical partners about their patients reaching new levels of independence,” Cadence CEO Barry Hix, who joined the company in November, said in a statement. “Chronic stroke survivors are progressing past plateaus, and patients in rehabilitation facilities are achieving improved outcomes faster than would otherwise be possible. With this funding, we are poised to expand our footprint and help more patients recover to walking while also helping the larger healthcare ecosystem reduce the economic burden of stroke.”

Cadence was founded by COO Brian Glaister, who launched the company in 2007 under the name Empowering Engineering Technologies and was CEO until this past November. Glaister — who initially pitched the concept at a UW business plan competition — is a former Technology Commercialization Fellow with the University of Washington’s CoMotion.

The funding was led by HealthTech Capital and included participation from BioPacific Investments, Frontier Angel Fund and individual investors. Cadence will use the money to expand its sales, marketing, and reimbursement efforts.

Cadence reeled in a $1 million grant from the Department of Defense in 2013, and landed an additional $1.1 million in funding back in 2012.