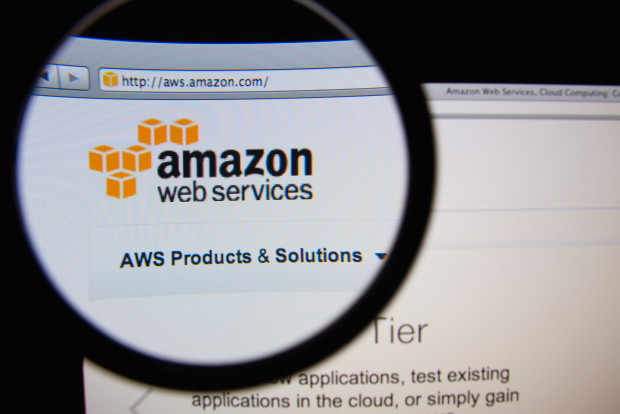 In its quarterly earnings report posted today, Amazon revealed that its cloud computing business generated $1.57 billion in net sales during the last fiscal quarter, up 49 percent from one year ago. The company also posted $265 million in Q1 profit from Amazon Web Services, up from $245 million last year.

“Amazon Web Services is a $5 billion business and still growing fast — in fact it’s accelerating,” Amazon CEO Jeff Bezos said in a statement. “Born a decade ago, AWS is a good example of how we approach ideas and risk-taking at Amazon. We strive to focus relentlessly on the customer, innovate rapidly, and drive operational excellence. We manage by two seemingly contradictory traits: impatience to deliver faster and a willingness to think long term. We are so grateful to our AWS customers and remain dedicated to inventing on their behalf.”

AWS offers cloud computing and storage services to more than one million customers. This is the first time the Seattle giant has revealed financials from AWS since it launched about a decade ago.

In years past, Amazon previously lumped AWS revenue under an “other” category for North American sales, which also included advertising services and co-branded credit card agreements.

“We just think it’s an appropriate way to look at our business for 2015,” Amazon CFO Tom Szkutak said earlier this year in regard to showing AWS financials.

Analysts from Deutsche Bank had estimated that yearly revenues from AWS would be about $6 billion — ten times that of Microsoft’s own cloud computing arm, they noted. Last month, analysts at Robert W. Baird said it was valuing the AWS business at $40 to $50 billion, or $95 per share, on a standalone basis, TheStreet reported.

On its earnings call today, Szkutak said that Amazon has slashed AWS pricing 48 times since its debut as it attracts more and more customers.

This past November, AWS chief Andy Jassy showed the chart below that revealed AWS revenue growth of more than 40 percent year-over year, which is about in line with what Amazon reported today. Jassy also noted how AWS is the “fastest-growing enterprise IT company in the world.” 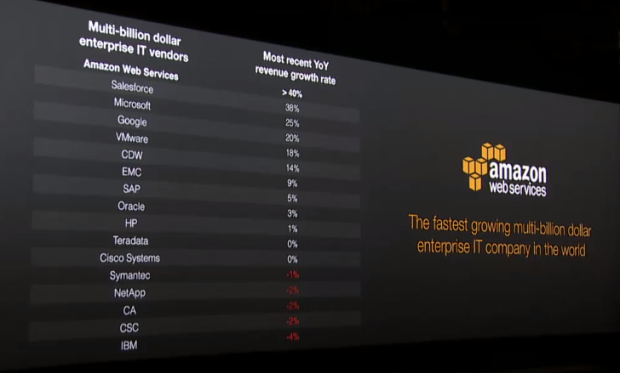 Other tech giants like Microsoft, Google, IBM do not specify exact financials from their cloud services in earnings reports.

Microsoft offers a broader mix of technologies overall, including Office 365 and software for hosted and on-premises servers, so a direct comparison is difficult, but Microsoft’s Commercial Cloud revenue has reached an annualized run rate of $6.3 billion, according to the company.

Though AWS brought in $1.57 billion in revenue last quarter, the cloud computing segment still only generated 7 percent of Amazon’s total sales from Q1 2014. The company beat Wall Street expectations with the $22.72 billion in first quarter revenue and a loss of 12 cents a share.

Shares of Amazon are down more than 4 percent in after-hours trading. Update: As of 2 p.m. PT, the stock is now up 5 percent.