Steve Kessel, the Amazon executive responsible for developing the company’s first e-reader, returned to the company in 2012 following a sabbatical and has been out of the spotlight since. What he’s doing next is purposefully being kept a mystery by the company.

Kessel, Amazon’s former senior vice president of worldwide digital media, is back at work, according to two sources who spoke to GeekWire under the condition of anonymity. One called his assignment “super secret” and declined to say anything more because so few people had been briefed on the matter.

An Amazon spokesman did not return emails or phone calls seeking comment on Kessel’s return.

When Kessel left for sabbatical in early 2012, he was overseeing the company’s digital strategy, including books, music, video and the Kindle, and was one of 10 executives who reported directly to founder and CEO Jeff Bezos. At the time, it was unclear if Kessel planned to return or if the sabbatical was part of a slow transition to early retirement for the 46-year-old executive.

Prior to his break, Kessel worked for almost a decade building out the company’s hardware strategy, starting in 2004 with the development of Amazon’s original Kindle e-reader and ending with the launch of the Kindle Fire tablet in 2011.

Drew Herdener, an Amazon spokesman, had confirmed Kessel’s sabbatical in 2012, saying it was well deserved. “After incredible success leading the Kindle team over the last several years, Steve Kessel decided to take a well-deserved and long-planned-for sabbatical,” he said at the time. 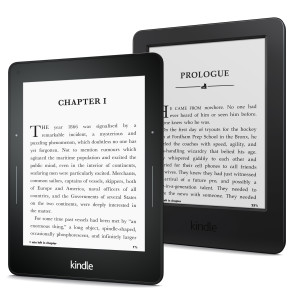 While Kessel’s current project is being kept under wraps, his experience and leadership could add some much-needed stability to the company, where the circumstances are very different than when he left.

When he went on sabbatical, he had just overseen the successful launch of Amazon’s first Fire tablet. Now, Amazon’s tablet sales are falling off a cliff, with IDC estimating that Amazon sold only 1.7 million devices during the holiday quarter, representing a 70 percent decline from the same period a year ago. (Granted those figures do not include Amazon’s most affordable 6-inch tablet, and therefore do not tell the whole picture.)

Also while he was out, Amazon’s first smartphone to market was a total failure. That led to the company’s Silicon Valley-based hardware group, which he worked closely with, undergoing a significant restructuring, with several executive leaving the organization over the past few months.

With Kessel’s background in digital media, he could be working on a whole host of different projects. Since he left, the company has branched off into various new areas, including a free streaming music service tied to Amazon Prime, and new hardware ranging from a streaming video set-top box to the Amazon Echo, a voice-activated assistant.

Story updated to clarify the timeframe of Kessel’s sabbatical.