Amazon today released new photos and a video showing off a redesigned version of its delivery drone.

It’s been almost exactly two years since Amazon first announced the “Amazon Prime Air” project and the company today showed off a new prototype drone that will deliver packages through the air directly to customers’ doorsteps in as little as 30 minutes. 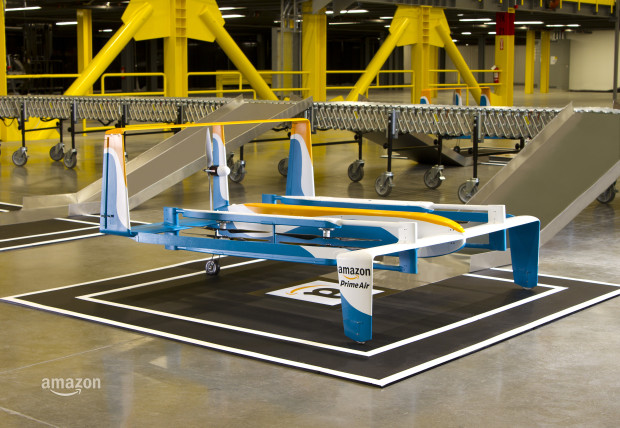 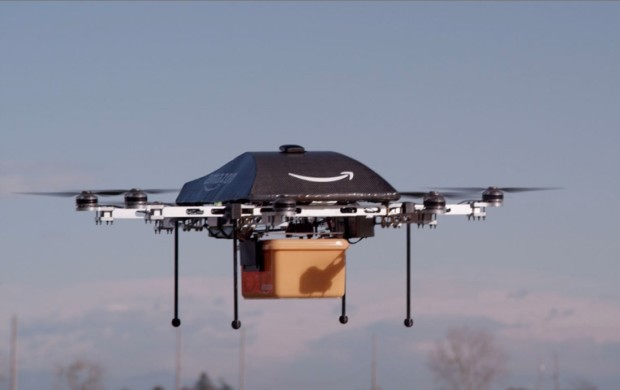 The new design is a bit larger, has an updated propeller system, and features sense-and-avoid technology to detect nearby obstacles both on the ground and in the air.

This new video featuring Top Gear’s Jeremy Clarkson, who recently inked a lucrative contract with Amazon to create a new car show, shows how the drone scans a landing area at a customer’s home and is able to spot what looks like an Amazon logo where the package is dropped. 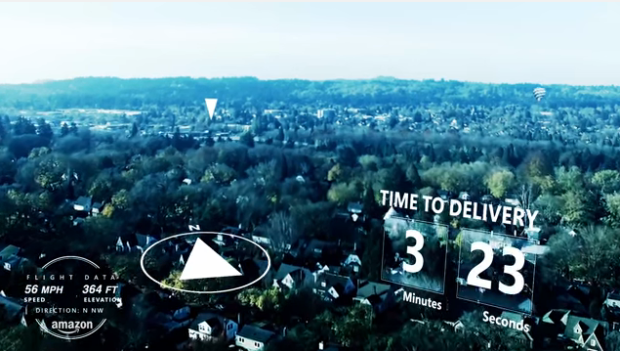 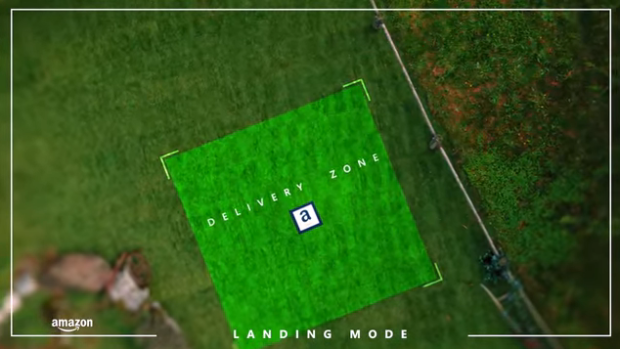 This particular drone can fly for 15 miles. Clarkson calls it “amazing innovation.”

“It looks like science fiction, but it’s real,” Amazon notes in a FAQ page. “One day, seeing Prime Air vehicles will be as normal as seeing mail trucks on the road.”

Amazon said its drones fly under 400 feet and weigh less than 55 pounds.

“Prime Air vehicles will take advantage of sophisticated ‘sense and avoid’ technology, as well as a high degree of automation, to safely operate beyond the line of sight to distances of 10 miles or more,” Amazon noted in the FAQ.

The company said it has developed more than a dozen prototypes in the past few years at R&D centers in the U.S., United Kingdom, and Israel, and that the “look and characteristics of the vehicles will evolve over time.”

Amazon adds that it “will not launch Prime Air until we are able to demonstrate safe operations.”

“Prime Air has great potential to enhance the services we already provide to millions of customers by providing rapid parcel delivery that will also increase the overall safety and efficiency of the transportation system,” the company wrote. “Putting Prime Air into service will take some time, but we will deploy when we have the regulatory support needed to realize our vision.”

The Federal Aviation Administration is currently developing regulations for both recreational drones and commercial delivery drones, which companies like Amazon, Walmart, and Google are all working on. It recently convened a task force charged with drawing up recommendations for registering recreational drones that includes representatives from Amazon, Google, Walmart, and other companies.