Another giant Amazon box is out in the wild, though this one is fairly unique given that it’s located inside an airport.

Called the “JetBlue Amazon Video event activation,” the temporary movie theater is open until Jan. 3 and will air content from Amazon’s upcoming original releases. There is also a kids area, where children can watch Amazon’s Tumble Leaf series and play with kids Kindle devices. 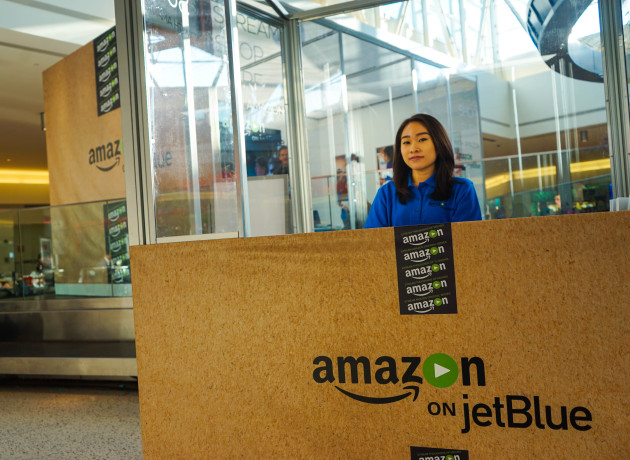 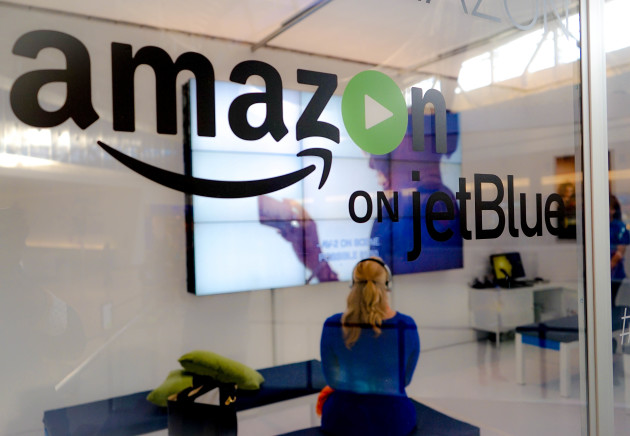 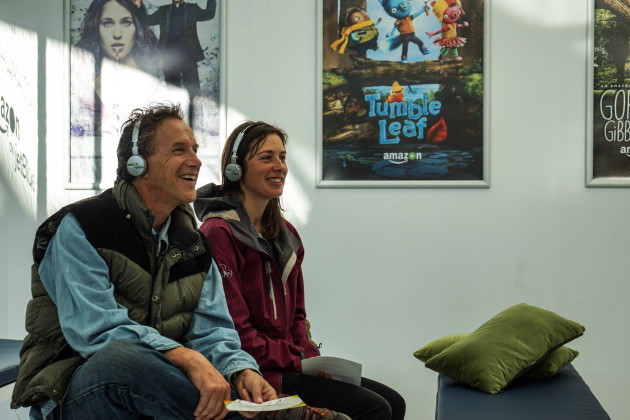 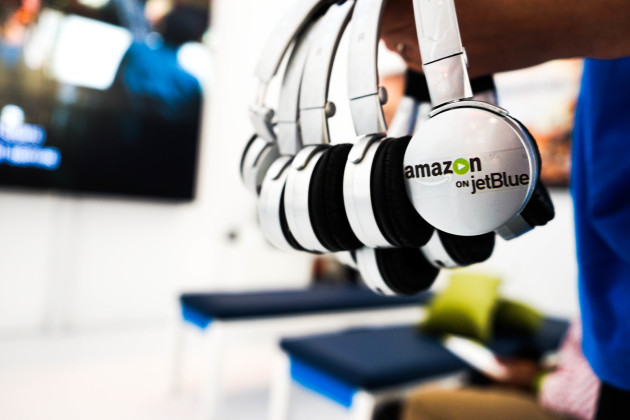 The temporary theater is a result of Amazon’s new partnership with JetBlue to give Amazon Prime members access to in-flight Wi-Fi they can use to stream video content for free while flying.

The two companies first announced the multi-year partnership in May. Now, service is going live on all planes equipped with JetBlue’s so-called free Fly-Fi Internet service, which the company hopes to bring to its entire fleet in 2016.

Passengers who pay for Amazon’s $99-per-year Prime membership can stream TV shows and movies on their own devices — including iOS and Android smartphones and tablets — at no additional cost. Non-subscribers, meanwhile, can rent and stream the same content for a fee. Passengers can also use the Wi-Fi to download songs, apps and eBooks through Amazon’s various online stores, as well as complete other basic online tasks like checking email.

Virgin American announced a similar partnership with Netflix in September.

Amazon, meanwhile, seems to have a habit of using big boxes for promotional stunts. Last year, the company delivered huge boxes of toys to charities; it also partnered with Nissan on two occasions, hiding actual vehicles inside giant boxes.