It was another lucrative Singles’ Day for Alibaba. 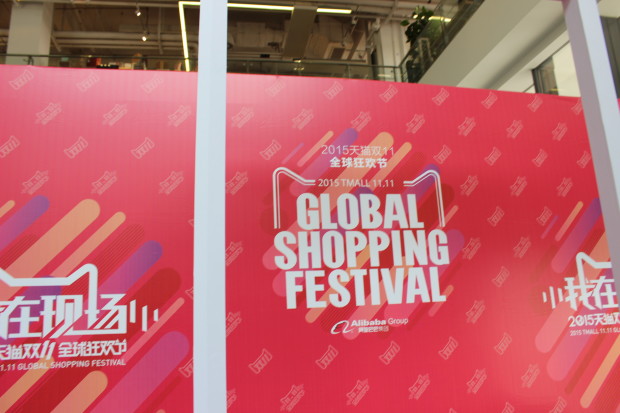 Alibaba reported that a record $14.3 billion was spent on its retail marketplaces throughout Wednesday, eclipsing the $9.3 billion mark set last year by 60 percent based on Chinese currency values. The company broke records despite an economic slowdown in China.

“This day demonstrates the power of domestic China consumption, and the Chinese consumer’s strong demand for international products,” Alibaba Group CEO Daniel Zhang said in a statement. “It also showcases how Alibaba uses big data, cloud computing and mobile innovations to create the best shopping experience for buyers and sellers.”

GeekWire had a chance to visit Alibaba’s headquarters on Tuesday, the day before Singles’ Day, where thousands of employees prepared for the event and many pitched tents near their desks so they could sleep on campus and continue working. 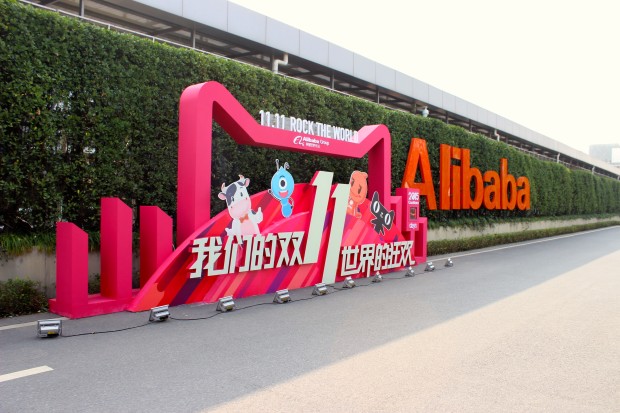 “This is a cultural phenomenon. It’s such a big day,” Alibaba Head of International Corporate Affairs Jim Wilkinson said on Tuesday. “And as [Alibaba founder] Jack Ma said today, it’s not about buying and selling stuff — it’s about exchanging ideas.”

This year’s Singles’ Day theme was “Rock The World,” a symbol of Alibaba’s focus on expanding its reach across the globe. On Wednesday, 16,000 international brands completed transactions, with buyers and sellers coming from a total of 232 countries and regions. Top countries selling to China included the U.S., Japan, South Korea, Germany and Australia.

“We obviously hope to do better than last year in terms of total transactional volume,” Alibaba Vice Chairman Joe Tsai told GeekWire on Tuesday. “But that’s not a number we are focused on this year. What we’re focused on is internationalizing our business in the sense that we now have a lot more sellers on our platform that are importing products from outside China into China, given our access to 380 million consumers. That cross-border import trade objection is very, very important for us.”

Mobile was also a big focus for Alibaba this year and the company reported that 68.7 percent of its total gross merchandise volume came via smartphone transactions — that’s $9.8 billion, which surpassed the total sales from 2014 alone. Sales from mobile also increased by 158 percent from last year.

Another statistic: Cainiao Logistics, Alibaba’s partner and affiliate, received 467 million delivery orders on Wednesday, which was up 68 percent from last year.

Shares of Alibaba were down 2 percent on Wednesday.