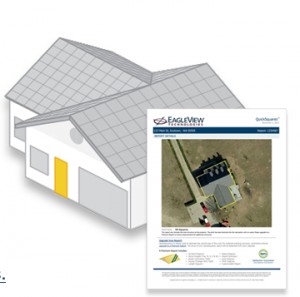 Maybe the second time will be the charm.

In a deal of undisclosed size, Bothell-based EagleView Technology has agreed to an acquisition by private equity giant Vista Equity Partners. EagleView’s previous deal to be acquired by Verisk Analytics for $650 million was scrapped late last year after the FCC threatened to sue.

EagleView provides aerial imagery and uses software to measure square footage for insurance and construction companies. Under Vista’s ownership, the company plans to expand its offerings and bring its services to new markets.

“Vista’s investment and professional support provides us with a significant opportunity to continue delivering exceptional products to our more than 40,000 customers as we accelerate growth into new, emerging markets,” said EagleView CEO Chris Barrow in a press release.

EagleView has compiled aerial imagery on 90 percent of the structures in the U.S. It uses algorithms to analyze that imagery, providing robust reports on various structures, data that it sells to the largest insurance companies in the country. Government agencies also use the company’s tools to digitally measure walls and roof surfaces, used for tax assessments, as do construction companies and contractors, which use the service to estimate the cost of home repairs.

The transaction is expected to close before the end of the year.

EagleView and Pictometry International merged in 2013, saying at the time that combined revenues topped $100 million. The company now employs 400 people.

UPDATE: Here’s the comment from EagleView on the deal.

Purchase consideration is not being disclosed.  Given Vista is a financial buyer, we hold no knowledge of any workforce impact at this time.  The transaction is expected to close once all regulatory and other conditions (including the approval of the transaction by our stockholders) are met which is expected to occur on or before September 30, 2015.