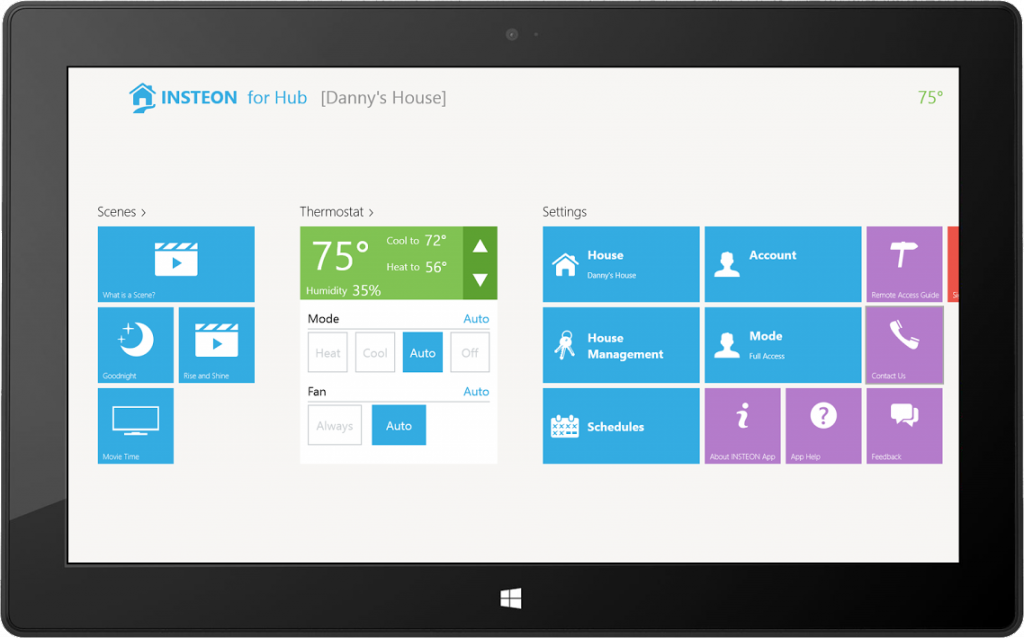 Home automation and control company Insteon this morning announced a new set of apps for Windows 8.1 and Windows Phone, and said Microsoft will soon start selling Insteon sensors for business and home use through the Redmond company’s online and physical stores. 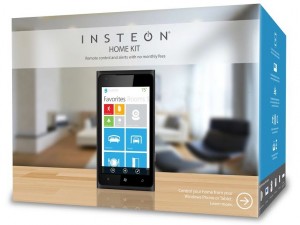 The move has the potential to give Windows a broader role in the home, while expanding the market for Insteon’s devices. The home automation platform, developed in Irvine, Calif., is popular among hobbyists in part because it doesn’t require payment of ongoing fees.

The Insteon apps, to be released June 1, comes with features developed first for Windows 8.1, including the ability to view cameras without an Insteon hub. A dashboard gives users can get a quick view of their homes via cameras and other sensors. Other features include a “Visitor Mode” to give guests and children limited access to the house.

Devices to be sold in Microsoft Stores include an Insteon Leak Sensor, Open/Close Sensor, LED Bulb, On/Off Module and Wireless Wi-Fi Camera, ranging from $29.99 to $79.99. The companies will also offer kits with a variety of sensors, starting at $199.

Connected sensors and home automation are a growing market, expected to reach nearly $17 billion globally in five years. Companies in the market include Nest, the high-tech thermostat and smoke detector maker acquired by Google for $3.2 billion; and SNUPI Technologies, the Seattle home sensor startup based on technology developed at the University of Washington.