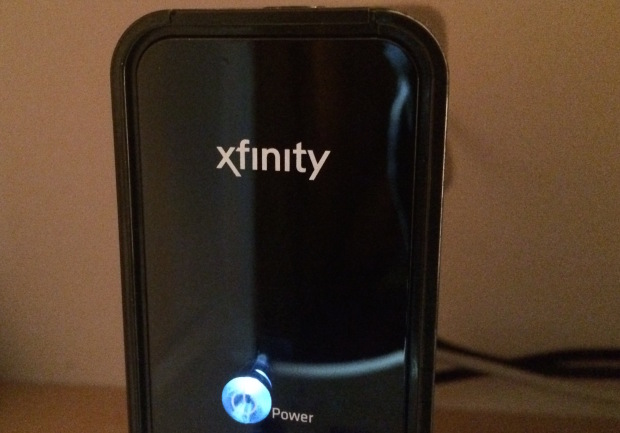 You might think it’s weird that Comcast is planning to turn your home into a public WiFi hotspot, but two plaintiffs in California think it’s illegal.

A lawsuit filed in a California federal court seeks class-action status, claiming Comcast is costing consumers electricity and bandwidth, and creating security risks, with its nationwide hotspot “neighborhood initiative.” The suit claims Comcast has violated the federal Computer Fraud and Abuse Act, along with several other claims.

Comcast is aggressively pushing new modem/wireless router boxes into consumers’ homes. (And when I say aggressively, I mean it.) They double as public hotspots for Comcast customers on the move. Lead plaintiff Toyer Grear says tests show running the hotspots puts the burden of extra electricity charges on consumers, and they boxes also threatens to slow down users’ Internet access by creating network congestion.

Comcast denies the first claim, and says the impact of added congestion will be very minimal, in this Ars Technica story.  Besides, Comcast says, concerned consumers can turn off the hotspot feature.

Perhaps. There are more than a few reports from consumers who say they have been unable to do so, however.  There’s a post on DSLReports.com with some complaints. And I’ve heard directly from users who say they turn it off, and it turns itself back on soon after.

“It’s disturbing,” said Karen Holleran. “I’ve had this gateway for a while. I keep having to turn off hotspot every few days. They keep turning it back on.”

Another friend who works in IT confirmed for me he wasn’t able to turn the hotspot feature off.

It does seem like Comcast is working very hard to get these hotspots up and running. Earlier, I wrote about unwanted wireless router boxes being sent to users against their expressed wishes (and, in some cases, with added fees).

Why the push? Well, as mobile wireless broadband data plans continue to climb north, and prices go south, Comcast’s cable-based Internet access is threatened with irrelevancy.  Hotspots, and the ability to advertise a national footprint with millions of access points, is a nice marketing touch, particularly if consumers will foot much of the bill in monthly fees. Meanwhile, one analyst recently guesstimated that Comcast collects $300 million per quarter in box lease fees – more revenue than the last Olympics games generated. So, monthly fees are big money.

You can avoid all these concerns by buying your own modem, like me. But beware: you might end up getting an unwanted modem/gateway, what I call a fee Trojan horse, anyway.