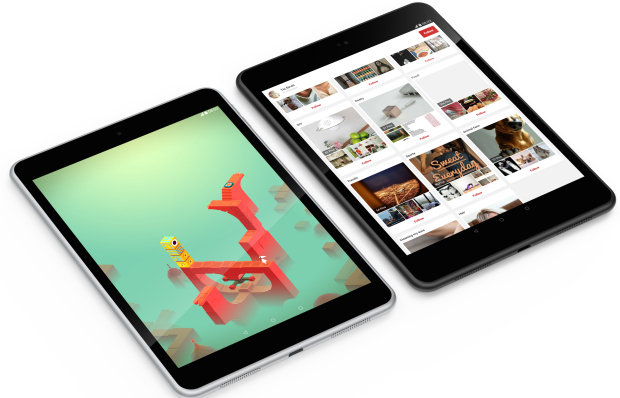 Nokia, the company that sold its devices and services business to Microsoft earlier this year for more than $7 billion, this morning announced the new Nokia N1 tablet — an Android-powered device with a 7.9-inch screen that looks very similar to Apple’s iPad mini. 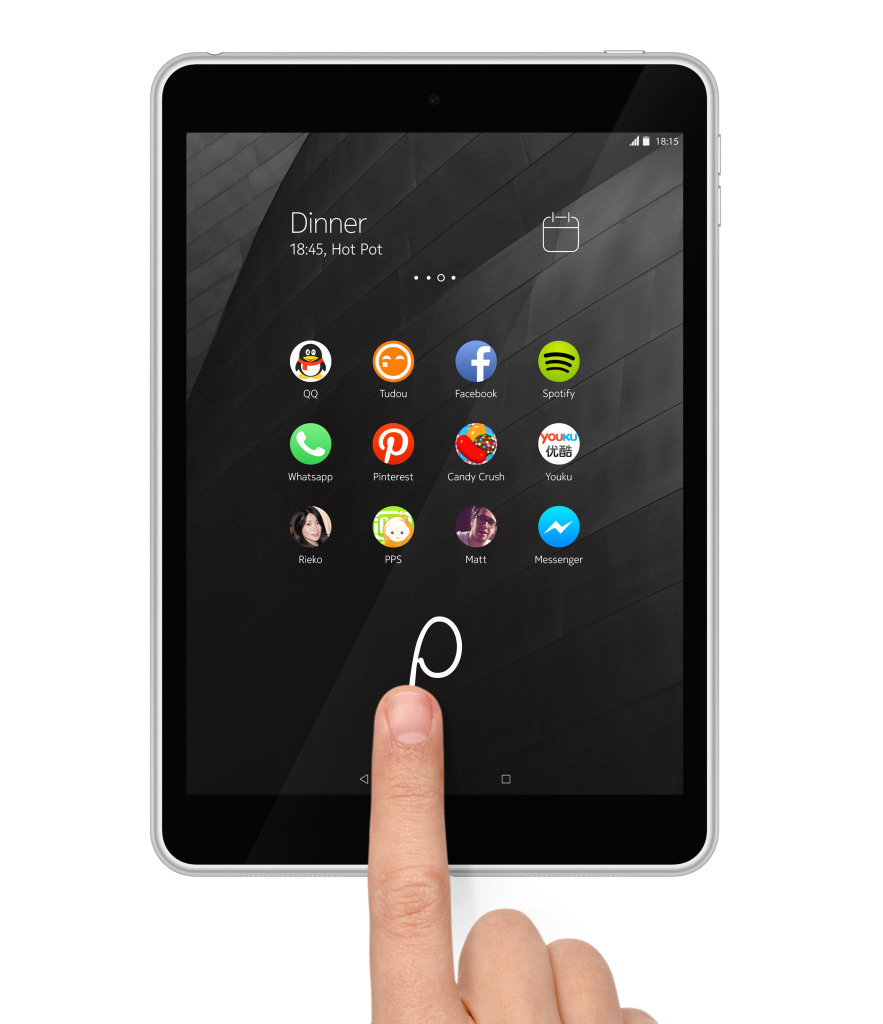 The tablet, set for release in the first quarter of next year, is a showcase for Nokia technologies including the “Z Launcher,” which lets users scribble a letter on the screen to search for content on the tablet.

So how is this new Nokia product possible after the Microsoft deal? Nokia sold its devices and services business to Microsoft but retained the rights to the Nokia name and brand, in addition to its patent portfolio, which Microsoft licensed. Microsoft has since stopped using the Nokia brand on the Lumia line of smartphones.

But at a high level, it’s remarkable that there will be a Nokia tablet competing with tablets from Microsoft, despite the multi-billion-dollar acquisition.

“This is an audacious move by Nokia,” says Ian Fogg, Director of Mobile Analysis at IHS Technology, in a report this morning. “There will be those at Microsoft who will be startled by the speed and audacity of Nokia’s strategy. They shouldn’t be: Nokia has a long history of bold strategic moves.”

Nokia also makes a key distinction in its news release announcing the deal: It’s not marketing the tablets itself, but instead licensing the brand and product to another company, reportedly contract manufacturer Foxconn.

“In addition to the Nokia brand, Nokia is licensing the industrial design, Z Launcher software layer and IP on a running royalty basis to the OEM partner,” reads the Nokia news release. “The OEM partner is responsible for full business execution, from engineering and sales to customer care, including liabilities and warranty costs, inbound IP and software licensing and contractual agreements with 3rd parties.”

IHS analyst Fogg notes, “For Nokia, the advantages of licensing are considerable. Nokia can enter the mobile device market without needing to worry about manufacturing, supply chain management, stock control or hardware distribution. And, by selling its former devices unit to Microsoft, Nokia has freed itself from historic baggage, restructuring costs, and can start afresh.”

This is the device that Nokia teased on Twitter yesterday by saying it was “up to something new.”

The situation illustrates the complexities of Microsoft’s Nokia deal, which was championed by former Microsoft CEO Steve Ballmer, and caused divisions on the Microsoft board that contributed to Ballmer’s ultimate departure.

Update: Microsoft issued this statement in response to our inquiry: “Microsoft continues to sell and support some Nokia-branded mobile phones, such as Asha, Nokia X and Nokia Lumia, as part of the licensing agreement resulting from our acquisition of Nokia’s Devices and Services business. However, this is unrelated to Nokia’s announcement today.”