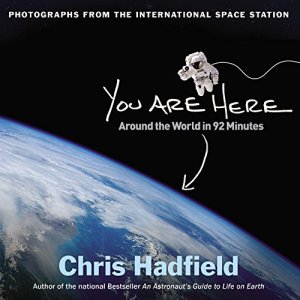 Want to buy Amanda Palmer’s “The Art of Asking” as a gift this holiday season? It’ll be as easy as reading her tweets starting later this week.

Hachette will start selling a handful of books on Twitter through a partnership with Gumroad, an online marketplace that handles payment processing for creative work. During set promotional periods, tweets from Palmer, Canadian ex-astronaut Chris Hadfield and The Onion will each have a “buy” button included that users can click to purchase a copy of their latest book.

Each book purchased through the program will be bundled with a special exclusive add-on. Palmer’s will include a manuscript page with notes from Palmer and her husband Neil Gaiman, while Hadfield’s book includes a signed photograph of the island Corfu taken from space.

The promotion has a chance to drive sales of popular titles by leveraging the millions of Twitter followers the participating authors have. Both Palmer and Hadfield have more than a million followers on the popular social network, while The Onion has 6.5 million people watching its posts.

It’s an interesting move for the publisher, which spent most of this year in the headlines over its contract disputes with Amazon. These sales are an end run around Amazon’s typical dominance of holiday book sales, and have the potential to redistribute the balance of power during a time when people are doing a lot of shopping. Of course, there’s one wrinkle: Hachette is selling the books at full retail price, which is well above their current prices on Amazon.