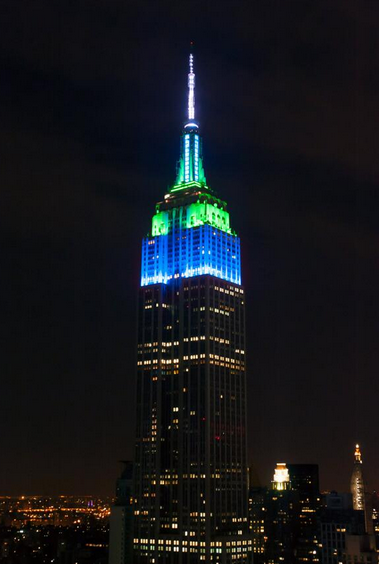 The Seahawks are crushing the Broncos … on social media.

As part of a promotion with the Empire State Building, Verizon is running a contest this week that allows fans from each Super Bowl team to show support on Twitter with the hashtag #WhosGonnaWin.

If there are more Seahawks responses to a new question asked each day this week, then the top of the Empire State Building lights up in blue and green for the night. If there are more Broncos-related tweets, then orange and blue illuminates the sky.

Seahawks fans showed more support on Monday and Tuesday, but the Broncos fired back with a win on Wednesday night.

Regardless, the 12th Man came through again today when responding to the question, “Which team has the best fans?” Thursday’s victory puts Seattle up 3-to-1 in this light show contest, which runs each day up until Super Bowl Sunday on Feb. 2.