Two years ago at a Startup Weekend Women’s Edition event, former Amazon and Microsoft user experience designer Adriana Moscatelli was inspired to address the gender imbalance in the tech industry. She wanted to create a tool that made learning science and technology skills fun for kids — and especially girls.

That’s exactly what Moscatelli has built with Play Works Studio, a startup backed by the National Science Foundation that develops games to teach programming, math, and science to kids.

“We are a team of scientists, artists, designers and engineers who grew up tinkering, making, exploring, playing with building toys and being curious,” Moscatelli said of her team. “We like to build and have an impact in the world. And we love science.”

The Seattle-based company was founded in May 2013 and released its first game, RoBees, earlier this month. RoBees is a robotics game designed to teach kids — particularly girls — about science, technology, engineering and math (STEM). Play Works Studio is currently raising money on Kickstarter to help fund the game’s production.

“Players learn important STEM skills, like logical reasoning, procedural thinking, spatial reasoning and probabilistic reasoning, and they learn them in the context of solving problems collaboratively,” noted Moscatelli. “Most importantly, they are having too much fun to even know they are learning.”

We caught up with Moscatelli for this installment of Startup Spotlight, a regular GeekWire feature.

Explain what you do so our parents can understand it: “We started Play Works Studio to design games that encourage children, especially girls, to discover a passion for science, technology, engineering and math.”

Inspiration hit us when: “We were the only female geeks in the room and we realized that it wasn’t about us being weird, but about girls not getting into STEM early enough. And then we realized it is possible to change that.”

VC, Angel or Bootstrap: “National Science Foundation grants, crowdfunding, and angel. It makes sense for what we do.”

Our ‘secret sauce’ is: “We are as diverse as it gets. One thing is for sure: Whatever we do will be different.”

The smartest move we’ve made so far: “Applying to the National Science Foundation grant.” 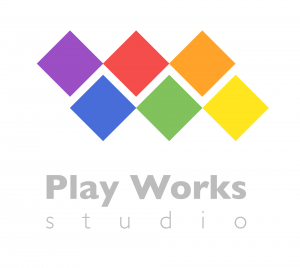 The biggest mistake we’ve made so far: “Trying to form our identity based on companies we don’t connect with. At the beginning of this journey I thought that being an entrepreneur meant that all entrepreneurs are the same. But as I kept going I realized that this is not the case.

I started looking at other startups I identified with — companies like Sifteo, Cubelets, Roominate and a few others. I realized that it was better for me to follow their lead. That’s why I applied to the NSF SBIR grant, which makes a lot of sense for what we are doing. I spent some time doing pitches, but I think that was not the right thing for me to do at that particular point because I had a lot to learn about building a business. 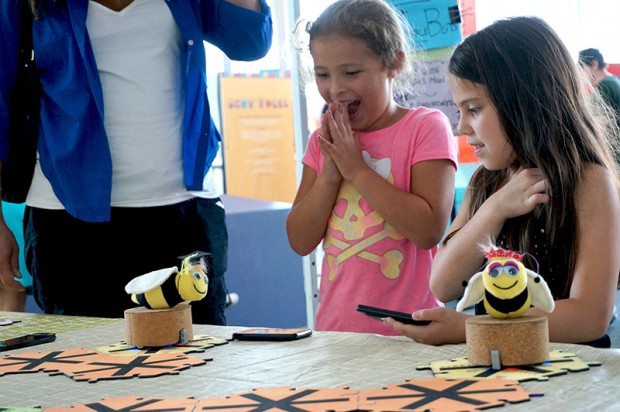 Luckily, the NSF program has a mentorship component and I had great guidance building a financial and commercialization plan. They also require that your company has a strong social impact and I am very thankful for that. I had to articulate our social impact very clearly in our proposals, which cements it and makes it part of the mission.”

Would you rather have Gates, Jobs, Zuckerberg or Bezos in your corner: “I am fond of Maria Klawe because she is changing the name of the game.”

Our world domination strategy starts when: “”RoBees are as ubiquitous as LEGOs”

Rivals should fear us because: “We are doing the right thing and we are extremely focused.”

We are truly unique because: “There aren’t many women in tech doing what we are doing. We would rather not be unique, but we are for now.”

The biggest hurdle we’ve overcome is: “Our own fears — mostly about being a female entrepreneur who speaks English as a second language. I never pursued a PhD and that is a source of insecurity for me. Being in the spotlight exposes all your weaknesses and you have to get used to that. As it turns out though, your own fears are sometimes way off. There is plenty of research about women in science and in entrepreneurship and by now I’ve read a lot of it. In general, women are perceived as less competent, particularly in technology. I am especially sensitive to that and I always feel that I am scrutinized more that others — I know the statistics! You have to live with it and work extra hard.

But that’s the reason why I started Play Works Studio: I want to change those statistics for the better, a few points at a time.”

What’s the one piece of advice you’d give to other entrepreneurs just starting out: “Work hard and don’t let others stop you.”

Check out the video from Play Works Kickstarter campaign below: