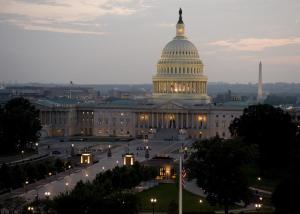 Despite lobbying efforts by tech titans, the U.S. Senate has halted the progress of the USA Freedom Act in a 58-42 vote, putting an end to the journey of a bill that would have curbed government surveillance.

The act would have banned bulk metadata collection (one of the key surveillance practices disclosed through leaks made by Edward Snowden) and given companies greater freedom to disclose the number and types of data requests that they receive.  It’s a measure that was supported by a number of major tech companies, including Microsoft, Apple and Google.

Although the bill had bipartisan support in the House and Senate, it wasn’t able to reach the 60 votes needed in the Senate to break a Republican filibuster. Even Republican Sen. Ted Cruz, who recently tweeted that Net Neutrality is “Obamacare for the internet,” voted in support of the measure, breaking ranks with most other members of his party.

It’s unclear what the future of surveillance reform is in Congress. Republicans will hold majorities in both the House and Senate, and this bill’s failure paints an uncertain future for any future reform efforts.

Bill sponsor Patrick Leahy (D-Vermont) tells The New York Times that fear-mongering by opponents led to the defeat of the proposal, while Politico writes in its report:

The dual-track opposition from Paul and more traditional hawks like Rubio and McConnell made it impossible for chief Senate sponsor Leahy and the White House to pass the legislation during the waning days of Democrats’ Senate majority. On Monday the White House urged passage of the USA Freedom Act, arguing it would “strengthen Americans’ confidence” in the controversial data collection programs exposed by Edward Snowden last year. Leahy’s bill would require court orders for warrantless data collection, sunset the Foreign Intelligence Surveillance Act in 2015 to align it with the Patriot Act and create new privacy advocates in the FISA courts.