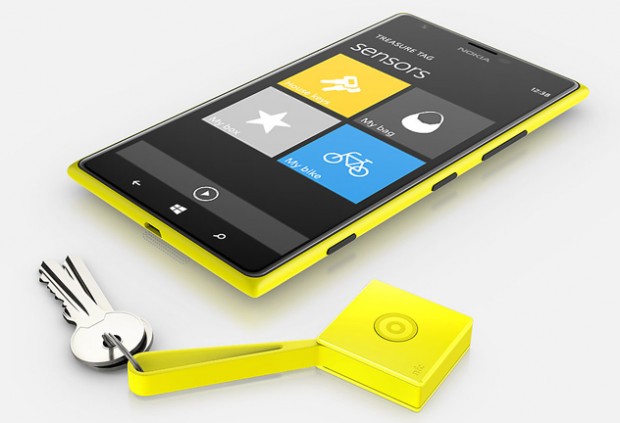 Nokia plans to release a Bluetooth and NFC-enabled “Treasure Tag” keychain device that works with an app on Lumia Windows Phones to sound an alarm when someone walks out of the house without their phone or their keys (or whatever else the tag is attached to.)

The device, slated to be available in April for $29.90, also will allow users to locate lost items on a map.

Nokia announced the Treasure Tag device tonight, confirming longstanding rumors. It will work with Windows Phones that have the Lumia Black update. Nokia says there will also be third-party apps to use the tags in conjunction with Android and iOS devices.

As many as four of the Treasure Tags can be connected to a phone at one time. Users can assign preset icons or use pictures  in the app to identify the attached items. The alarm can be muted with a long press on the button on the top of the tag.

Microsoft is in the process of acquiring Nokia’s devices and services business for $7.2 billion in a deal expected to close this quarter.