Nate Silver has two tips for young up-and-coming journalists: Work your ass off and learn how to code.

Silver, the well-known statistician and founder of FiveThirtyEight, sat down with GeekWire this morning and offered up advice for those looking to establish themselves in the journalism world.

While knowing how to write and report are obviously important qualities in a journalist, Silver said that computer programming skills will give potential hires a potent one-two punch.

“If you’re an aspiring journalist who knows how to code really well, you are in a very hot market,” he told us.

Silver even predicted that in 3-to-5 years, he sees FiveThirtyEight — which ESPN acquired last month — having a newsroom that’s 50-percent developers. The 36-year-old former New York Times writer also envisions FiveThirtyEight producing less text-based content and more visual and interactive types of pieces — the kind of stories that will require employees with programming knowledge.

Silver even said that he sees potential overlaps with journalism and technologies like apps or games.

“You can imagine that down the line,” he said. 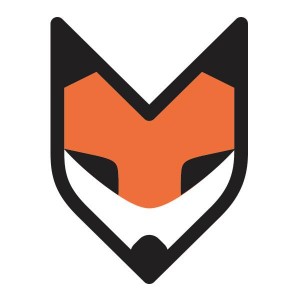 Silver, who is speaking tonight at the University of Washington, also touched on the importance of simply working hard. He admitted that “when you’re young, it’s when you can have the most fun,” but noted that with how competitive the U.S. media industry is today, putting in more than 40 hours per week is necessary if you want to rise to the top.

“A lot of jobs aren’t going to be 9-to-5 type jobs,” he said. “Some are going to require continued energy and focus.”

On that point, Silver speaks from experience. After he graduated from University of Chicago in 2000, Silver spent four years working as an economic consultant for KPMG — a job that he didn’t particularly like.

During his free time, though, Silver was working hard on something that combined two passions: sports and data. He eventually created the PECOTA system for projecting baseball player performance and Silver soon left KPMG to become a writer for Baseball Prospectus.

A few years later, Silver implemented his prediction technology to politics and published his work in a blog titled FiveThirtyEight, which was later was acquired by the New York Times.

“When I went from a 9-to-5 job to one where I really enjoyed what I was doing, my capacity to be productive just jumped exponentially,” he said.

Looking back on his career path, Silver advised youngsters just getting their career started to do something they’re passionate about.

“It’s hard to give advice that won’t sound totally cliche, but just do what you love doing — there’s not really a good substitute,” he said. “Figure out what your values and priorities are and realize that you’re going to work some long nights — and also realize that you only get better by learning.”