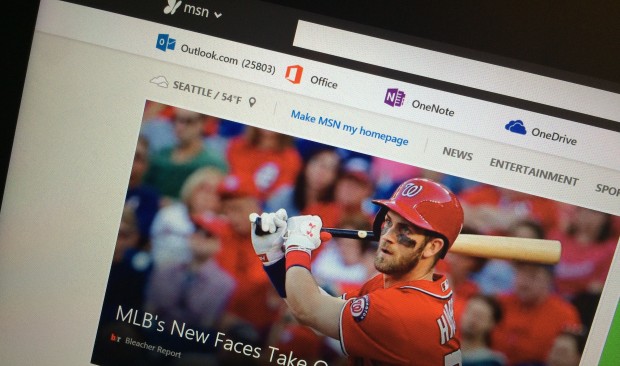 It might be easy to dismiss Microsoft’s MSN as a relic of the dial-up Internet era, but with 425 million monthly users, the portal remains a major destination on the web and a key asset for the Redmond company.

And the rollout of the new MSN, which began overnight, is the latest glimpse Microsoft’s “cloud first, mobile first” strategy under CEO Satya Nadella. The redesigned MSN will let users personalize their content, syncing their preferences across a variety of devices and apps — not just on Windows.

“In the coming months, we will release a suite of MSN apps across iOS and Android to complement today’s release of the Windows and Windows Phone apps,” says Brian MacDonald, Microsoft corporate vice president, in a post announcing the new release. “You only need to set your favorites once, and your preferences will be connected across MSN, Cortana, Bing and other Microsoft experiences.”

The changes include rebranding the Bing mobile apps for news, weather, sports and other content to MSN apps, creating a clearer distinction between Microsoft’s search and content brands. 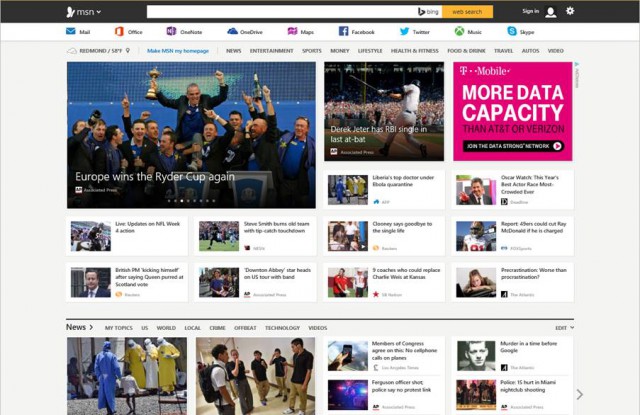 The new MSN was initially released as a preview in early September, and Microsoft says the official versions will be rolling out to users over the next few days.

I’ve been trying the new MSN.com on my Surface 2 this morning, and the site does a nice job of letting users personalize the experience and connect to Microsoft services, with quick access to Outlook.com, Office, OneDrive and also Facebook and Twitter from the navigation bar.

I also updated the Bing News app to the new MSN News app. Apart from the name change, that experience appears largely the same. But once the company launches the new MSN apps for Android and iOS, I could see myself using MSN much more than in the past, as long as the experience is as seamless as promised.

However, these types of features are table stakes for a big tech company like Microsoft these days. Now that the company has created the foundation for this new suite of cross-platform services, the real question is what Microsoft will build on top of that foundation in the months and years ahead.

Separately, Microsoft is slated to unveil its new approach for Windows later this morning at an event in San Francisco. GeekWire’s Blair Hanley Frank is there, and we’ll have live coverage as the event unfolds.