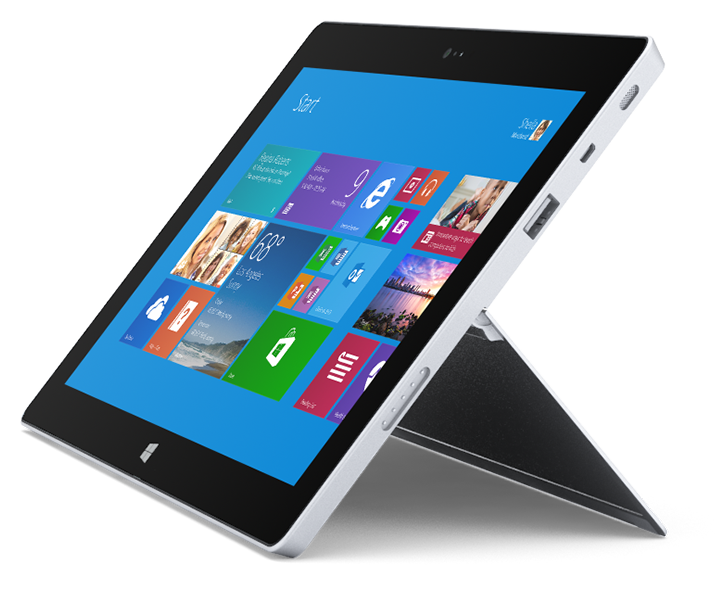 So how is Microsoft’s Surface business doing? The company reported yesterday that Surface revenue in the December quarter was $893 million — more than twice the result of $400 million in the September quarter.

However, Microsoft didn’t disclose the number of units sold or the comparable revenue figure for the same quarter last year.

Fortunately there are plenty of analysts out there who care deeply about this. By which I mean: There are two tech writers, Steve Kovach of Business Insider and Paul Thurrott of the Supersite for Windows, who care enough about this to have a fun argument about it on Twitter.

The upshot of their nerd fight is that Microsoft appears to have sold somewhere in the range of 1.5 million Surface tablets in the December quarter — more or less. Their estimates come from deducing the Surface average selling price (ASP) and then dividing the revenue figure by that number.

The ASP depends on the mix of Surface Pro sales vs. Surface 2 (RT) sales, which Microsoft also doesn’t disclose. Thurrott bets that the ASP is around $580, and Kovach estimates that it’s somewhere around $600. So despite their lighthearted jousting on Twitter, they’re actually pretty close to a consensus.

Of course, the result is a lot better than the $900 million charge that Microsoft took against earnings for unsold Surface RT tablets last summer.

But the Redmond company still has a long way to go. By comparison, Apple sold more than 14 million iPads in the September quarter — before the peak shopping season. (Apple reports its earnings for the December quarter next week.)

What about the bottom line? On Microsoft’s earnings conference call Thursday afternoon, an analyst noted that the Surface was still unprofitable, to which finance chief Amy Hood pointed (essentially) out that the original goal wasn’t for Surface to be a big cash cow, but instead “to create a product that showcased what can happen when you innovate in hardware, in the service, and in the software.

However, she did say that Microsoft will “stay focused on both price points and gross margin” in the Surface business.