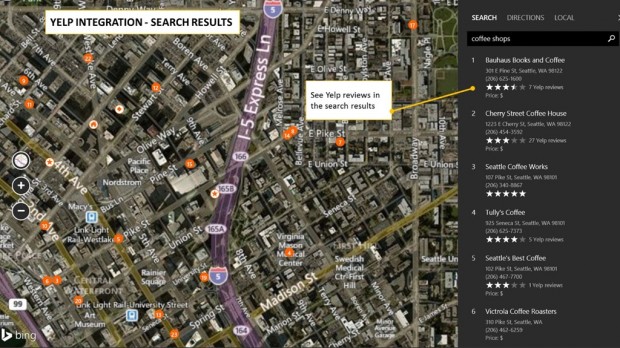 Microsoft has partnered with Yelp and TripAdvisor to embed restaurant reviews directly within the Windows 8 Bing Maps App.

The new feature is part of a bevy of changes released today for the Bing Maps app, including personalized recommendations, roaming favorites, more cities in 3D and others. 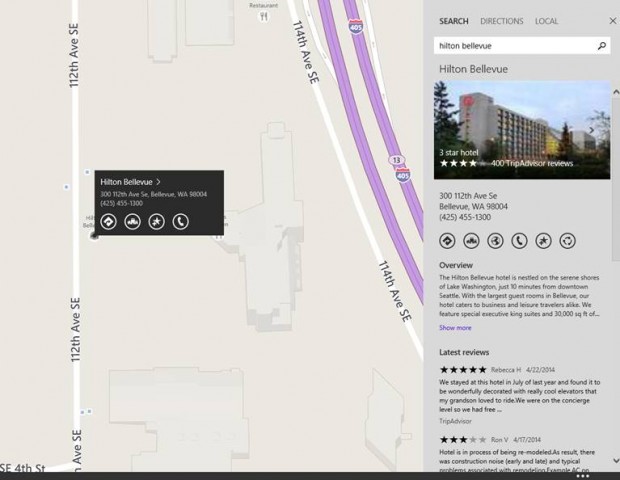 Other updates include “roaming favorites,” which allow users to save favorite destinations and access them from any Windows device. For the yet-to-be-released Windows Phone 8.1, you’ll be able to save these favorites in Cortana’s notebook under “Places.” If you saved a hotel, for example, as “my hotel,” the new feature lets you ask the digital assistant, “How long will it take to get to my hotel?”

Bing Maps will also auto-suggest your past searches for places and addresses when making a search, in addition to listing your favorites. There are also improvements to the 3D Maps feature, along with nine new cities to explore in three dimensions.

Check out all the updates here, and download the app here.